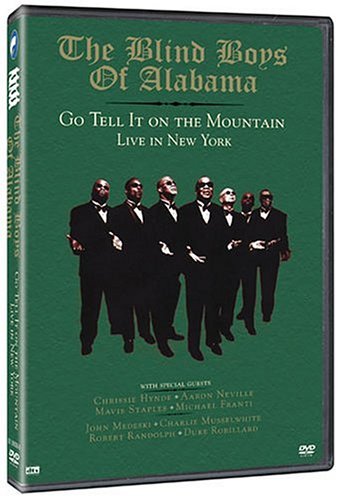 Blind Boys of Alabama : Go Tell It On The Mountain: Live In New York

Guests are a plenty during the course of the concert 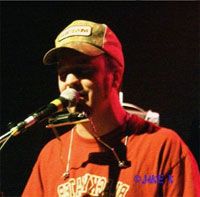 Canadian indie rock outfit New Pornographers will return this summer with a new studio album, “Twin Cinema.” Due Aug. 23 via Matador, the 14-track set features a guest spot from group member Carl Newman’s teenage niece Kathryn Calder, who will soon join the touring incarnation of the group. The title cut can be sampled on the New Pornographers’ official Web site.

New Pornographers have begun confirming summer shows, including a previously announced June 25 date as part of the Celebrate Brooklyn festival in the borough’s Prospect Park.

Rock outfit Black Rebel Motorcycle Club will release its third studio album, “Howl,” Aug. 22 in the United Kingdom and Europe via the Echo label. The first single is due Aug. 8; BRMC’s official Web site says it will be “Shuffle Your Feet,” although reports suggest it could also be “Ain’t No Easy Way Out.”

In support of the set, BRMC will return to live duty with a seven-date U.K. tour, beginning June 11 in Nottingham. All of the shows except the opener will feature support from Brian Jonestown Massacre.

BRMC member Robert Turner told Billboard.com in October that the new album will reveal a shift from the propulsive rock of the band’s first two sets for Virgin.

“There’s one in the vein of an old, Johnny Cash song, and there are a couple of songs that sound like Dylan’s first couple of albums,” he said. “On the songs that do have a fuller sound, they’re more produced and layered. We used that setup more for our first album than the second; just having fun in the studio layering things, rather than the live electric band, throw-and-go sound.”

It was unclear at deadline what label would release “Howl” in North America.

The Rolling Stones today (May 10) announced another mega world tour during a media event at New York’s Juilliard School of Music. The Rolling Stones On Stage outing begins Aug. 21 at Fenway Park in Boston, and tickets to many dates go on sale this weekend. As on the 2002-2003 Licks tour, the band will play clubs, theaters, arenas and stadiums, with each sized venue boasting unique production elements and set lists.

Longtime Stones tour promoter Michael Cohl tells Billboard.com the production for the stadium shows will be the biggest and “most interesting” the Stones have ever attempted, including a feature that will allow 400 fans to view the show from the stage.

The Stones performed their classics “Start Me Up” and “Brown Sugar” at the event, and also premiered a new song, “Oh No Not You Again,” slated to appear on its next studio album. That set is due this summer via Virgin.

Tickets will average $100 in stadiums and $110 in arenas, not counting the gold circle seats, which Cohl defines as the “five or 10% where we try to get the high-priced ticket people to pay for the tour.”

Cohl has been plotting the tour for about a year, and the Stones may stay out that long. “We’re announcing we’ll play the world, but right now the only thing that’s set is somewhere around 40 shows in North America,” Cohl says.

The strategy follows a now-familiar Cohl/Stones modus operandi: announce in May, begin in the fall, play until the beginning of December, take a break, “and then off we go to South America, the Far East and then Europe next summer,” Cohl says. “That’s the plan.”

With the new album on the way, this will be the first time since the Bridges to Babylon tour in 1997-98 that the Stones have toured in support of new material.