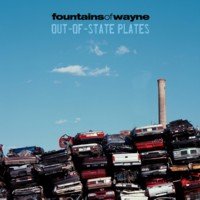 Fountains Of Wayne: Out of State Plates

Fountains of Wayne seems to constantly improve on their formula for structured radio music. 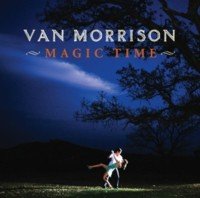 Van Morrison will turn 60 next month but still he remains one of the most celebrated artists to come out of the British invasion of the swinging sixties.

“Alex announced to the audience that we were going to do another record, unbeknownst to me, Jon and Ken,” says Stephens, referring to a 2001 show in London. Stringfellow, who along with Auer have performed in Big Star since the band’s 1993 reunion, explains, “We’d been playing the same [set list] for ten years, so we said, ‘Look, let’s learn some of the older songs.’ And Alex said, ‘I’m not really into learning any old songs. Let’s make a new record.'”

To kickoff a pending August residency at NYC’s Knitting Factory, Club d’Elf will play Wednesday August 3rd and Wednesday August 10th for free. As an added bonus for their first show tomorrow, they have invited their good fiend John Medeski as a special guest. This also makes this show a historic event as it will be the first time Club d’Elf have had two keyboard players (alain mallet being keyboard #2) at the same time.

For the first time in their 10-year history, Ozomatli bring the intensity, energy, and enthusiasm of their live show to a CD & DVD companion package (Concord Records, August 23rd).

The 10-track Live at the Fillmore CD, recorded at the historic San Francisco venue in late 2004, features incendiary live performances of such hits as “Saturday Night,” “Believe,” and “(Who Discovered) America” (all tracks from their GRAMMY

As tipped here in April, singer/songwriter Nellie McKay will return in the fall with her sophomore album. Due Oct. 18 via Columbia, “Pretty Little Head” will feature 23 new songs, including collaborations with k.d. lang (“We Had It Right”) and Cyndi Lauper (“Beecharmer”).

Other tracks set for inclusion are “The Big One,” “Columbia Is Bleeding” and “Cupacake,” which is said to be about the gay marriage controversy.

“Pretty Little Head” is the follow-up to McKay’s 2003 double-disc debut album, “Get Away From Me.” That set peaked at No. 7 on Billboard’s Heatseekers chart and has sold 103,000 copies in the United States, according to Nielsen SoundScan.