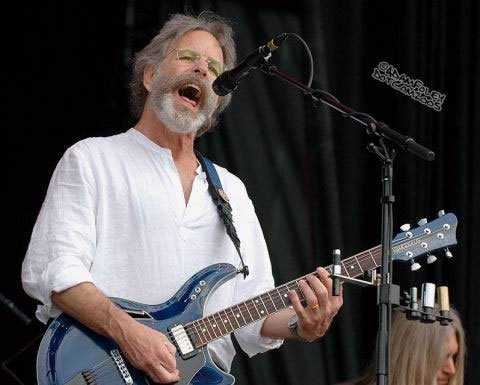 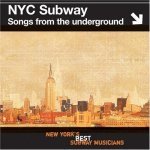 Any compilation of artists regardless of the theme is going to be uneven. It is just something you have to accept, and when you keep in mind the range of talent you might experience day to day on your commute, a compilation of buskers from the New York City subway system is going to be especially so.

David Gans knows his Grateful Dead: The radio show he hosts, the beloved “Grateful Dead Hour,” is still broadcasted on KPFA 94.1 in Berkeley, California and syndicated nationwide. However, the show itself is but the tip of the iceberg in Gans’ music career.

Mediate To Be Part of Cambridge, MA’s ArtCentral

The Central Square Business Association in Cambridge, MA is hosting ArtsCentral, the FIRST EVER arts festival in Central Square on Sunday September 18th from 12PM to 6 PM (with many events occurring the evening of Saturday the 17th). The goal is to shine a spotlight on the many accomplished artists living and working in Cambridge’s Central Square. It will be an art-infused weekend with over 100 local artists and performers made possible by the support of area businesses, community organizations and property owners.

Knoth is an artist specializing in the use of multi-channel sound and moving image in abstract works exploring the transformation of consciousness and perception. Brian considers nature

“I’ve always been a very big fan of the show and when they stopped doing it, I was like, what happened to ‘MTV Unplugged?’ I specifically went in there and said we have to do an ‘Unplugged,'” Keys told AP Radio.

Keys’ performance, filmed July 14 at the Brooklyn Academy of Music, is a group effort. Mos Def, Common and Damian Marley are her guests, as well as Maroon 5’s Adam Levine.

“Adam Levine and I remade the Rolling Stones’ classic ‘Wild Horses’ and it is right up my alley, that whole style” Keys said. “It has a style of its own but still stays very true to the classic arrangement and I love it.”

Previous bare-bones performances on “Unplugged,” which debuted in 1989, include those by Eric Clapton, Nirvana and Jay-Z. Dashboard Confessional and Shakira were two of the most recent acts on the series back in 2002.

After Keys’ “MTV Unplugged” episode airs, it will be released as a CD and DVD on October 11.

They’ve already been out on two tours this year, but don’t expect the five young men of O.A.R. to take much of a break.

They’ve recorded a new album, Stories Of A Stranger, and will support it with a 30-date outing beginning October 14 at Memphis’ Orpheum Theatre.

The trek hits most of the country’s major markets and includes a couple Canadian dates, with most shows taking place at arenas and large theatres. It will wrap November 26 at Camden, N.J.’s Tweeter Center.

O.A.R. (the name stands for “Of A Revolution”) proved long ago that it could sell out thousands of seats, and this year’s tours have been no exception. This past April, for example, the band sold out Boston University’s 7,291-seat Agganis Arena and both the next two nights at Upper Darby, Pa.’s 3,000-capacity Tower Theatre.

The group is living up to its name and embracing the digital revolution through partnerships with MySpace and iTunes. The latter will offer the band’s new single exclusively starting August 30.

Stories Of A Stranger, the band’s seventh studio album, was recorded in Virginia, California and New York City and produced by former Talking Head Jerry Harrison. It’s set for an October 4 release on Everfine/Lava.

ekoostik hookah To “Take A Break”

“As you’re probably aware, it’s been increasingly popular in the music community as of late to declare a formal hiatus from playing. Having never been into conformity, we’ve decided to not go down that particular road. We have, however, decided as a band that we are in need of a much-deserved rest. After more than 13 years on the road without a significant break from playing, we are looking forward to spending a few months with our families and friends as well as reflecting on where we’ve been and where we’re headed next. By no means should this be viewed as an end to ekoostik hookah and the incredible community that you all have helped us build over the last decade. Instead, we hope you will join us in seeing this opportunity as a new beginning for us and our music as we move forward, refreshed and inspired, into the years to come.

Following our New Year’s Eve shows at the end of the year, we will take a short break from playing as ekoostik hookah before returning in early Spring ’06. We sincerely appreciate your continued support, and will undoubtedly be seeing you”

Since the release of his debut album, Tapestry, in 1970, Don McLean has had a singular career of incredible breadth and scope. He has over 40 gold and platinum records worldwide, including the number one hit, “American Pie,” which has become a bedrock recording in the history of American popular music. This was recently affirmed when it was voted the fifth greatest song of the 20th century in a joint poll done by the Recording Industry Association of America and the National Endowment For The Arts. “American Pie” along with other McLean hits, “Vincent,” “Empty Chairs” and “And I Love You So” have been played more than three million times on American radio over the last 35 years, while his songs have been recorded by the likes of Elvis Presley, Chet Atkins, Madonna, George Michael, Guns & Roses, Josh Groban, Perry Como and Fred Astaire to name but a few.

In 2005, Don McLean continues to steadily tour and record. This Fall will be no exception. In September, he’ll launch a string of U.S. tour dates that will stretch through the year’s end. And on October 11th, almost to the day of his 60th birthday on October 2nd, HYENA Records will release, Rearview Mirror, the first ever Don McLean retrospective of its kind. A stunning collection of Don’s timeless body of work, the album is comprised primarily of rarities and never before released recordings from his own personal archive. The 18 tracks on Rearview Mirror feature the original hit recording of “American Pie,” a previously unreleased “live” version of “Vincent,” studio tracks from Don’s self-produced “cowboy” albums, a duet with Nanci Griffith on “And I Love You So” and Don’s brand new song, “Run Diana Run.” Rearview Mirror is produced by Don along with Grammy Award-winning producer Joel Dorn, who previously worked with McLean on his 1974 album, Homeless Brother. Rearview Mirror will also include a bonus DVD that provides never before seen home video footage of McLean rehearsing with the legendary vocal group, The Jordanaires, for their annual Christmas Concert at Carnegie Hall in 1984. Also included on the DVD is the video for “Headroom,” the only video Don has ever made.

Dave Matthews Band is the first act to come forward with a benefit show for Hurricane Katrina victims, Billboard.com has learned. It is expected to be announced tomorrow (Sept. 1) that DMB will add a fourth date to its Sept. 9-11 sellouts at Red Rocks near Denver, with proceeds from the Sept. 12 show to benefit Katrina victims. Tickets will go on sale next week.

A long-delayed cell phone from Apple Computer and Motorola that can play iTunes music downloads is finally set to debut through Cingular Wireless, a research analyst said.

The new phone will be equipped with software that would allow it to play songs purchased at Apple’s iTunes Web site, according to Roger Entner, an analyst for research firm Ovum who said he learned of the plans from an industry executive.

Representatives from Apple, Cingular and Motorola declined to comment, but the three companies are expected to roll out the device at a Sept. 7 event in San Francisco.

It was unclear whether the new phone will allow users to download music directly over a cellular Internet connection or if they would have to download songs to a computer and then transfer them to the handset.

Just about every major cell phone maker has been working to launch a music phone that could compete with the iPod, Apple’s popular digital music player.

Motorola originally planned to unveil the iTunes phone at a trade show in February but the debut was scrubbed at the last minute with no explanation. Some observers speculated that the event was blocked by Apple’s famously secretive management. Others postulated that one or more wireless operators objected to the possibility that such a device would undercut their efforts to sell music to cell users.

Analysts have predicted that music-playing phones could threaten iPod’s grip on the market for digital music players.

Although battery life is a major impediment, tech companies have long vied to create an all-in-one product that would encompass all the utility of cell phones, handheld computers, music players, cameras and videogame machines.

The move into cell phones is seen by industry experts as a way for Cupertino, Calif.-based Apple to hedge its bets. “It’s a win for all three companies,” Entner said. “Apple gets into the wireless space, Motorola associates itself with a wow brand and Cingular aligns itself with an iconic music-device company.”