Dave Matthews Band’s Sept. 9-12 stand at Colorado’s famed Red Rocks Amphitheatre, which included a benefit that raised $1.5 million for hurricane victims, will be commercially available beginning Nov. 29 in a variety of formats.

Fans who pre-order the items via DMB’s official store will be entered to win a Red Rocks poster personalized and autographed by Matthews. Ten runners-up will receive autographed copies of the nine-disc “Weekend.”

The two-CD edition blends new material like “American Baby,” “Steady As We Go,” “Hunger for the Great Light” and “Louisiana Bayou” with guest Robert Randolph on pedal steel with old favorites such as “Recently,” “Don’t Burn the Pig,” “Halloween” and “#41.” A cover of the Zombies’ “Time of the Season” is also included.

The DVD features several songs not found on the two-CD “Weekend,” including “Crash Into Me,” “So Much To Say,” “Jimi Thing” and “Too Much.”

As previously reported, DMB will begin a brief tour Nov. 26 in Minneapolis, while Matthews will anchor the first Dave Matthews & Friends Caribbean Cruise Getaway in February.

Here is the track list for “Weekend on the Rocks”:

DVD:
“Stand Up (For It)”
“Time of the Season”
“Dreamgirl”
“Everybody Wake Up (Our Finest Hour Arrives)”
“Crash Into Me”
“So Much To Say”
“Too Much”
“Louisiana Bayou”
“Recently”
“Jimi Thing”

The Athens, GA Music & Arts Festival, AthFest, will celebrate 10 years of existence in 2006 and the organizers have got some big plans. Dates for the event are set for June 22-25, 2006 in downtown Athens. Bands and artists to be announced.

Please visit athfest.com to find out the latest news and information about AthFest 2006. 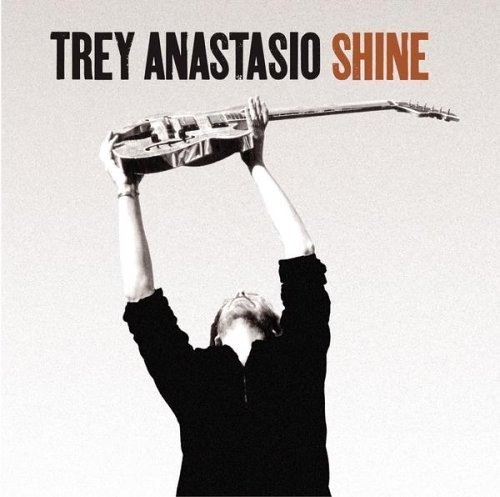 When Trey Anastasio closed the door on Phish last year, he managed to swiftly eliminate the

In celebration of Beastie Boys’ 24th anniversary, Capitol Records has decided to pay tribute to their second (or third) best band ever: Michael “Mike D” Diamond, Adam “Adrock” Horovitz and Adam “MCA” Yauch – known collectively as Beastie Boys-will be lionized November 8th with the release of Solid Gold Hits. (No, the group is not breaking up.)

The infomercial-worthy 15-track compendium distills the NYC trio’s storied career into an ADD-friendly digest format: Covering the Boys’ first platinum-mining expeditions with “No Sleep ‘Til Brooklyn” and “Fight For Your Right” through west coast detours “Shake Your Rump”, “So What’cha Want” and “Sabotage,” up to last year’s return to #1 with the million-plus-selling To The 5 Boroughs’ “Ch-Check It Out,” “An Open Letter To NYC” and “Triple Trouble” -and all points between.

In between touring and making a new record with Wilco, frontman Jeff Tweedy is returning to two prior side projects. First up is Loose Fur, his trio with producer/artist Jim O’Rourke and Wilco drummer Glenn Kotche, which will issue the follow-up to its 2003 self-titled debut next spring via Drag City.

“We’re finishing it this week,” Tweedy tells Billboard.com. “It’s all recorded and is basically down to doing the vocal overdubs and mixing.”

Asked to compare the new album’s sound to the eclectic folk/rock mix heard on the debut, Tweedy offers, “It’s maybe a little bit heavier. There’s definitely a lot of harmonized guitar parts. I think it’s a similar mix of folk-ish elements, but the rock elements are a little less stridently abrasive, and maybe a little bit more prog-rock or something.”

The new set will be the first concentrated batch of original O’Rourke material since his acclaimed 2002 solo album, “Insignificance.” Says Tweedy, “He has been really busy with other people’s music. I love getting to work with Jim and he has some really, really great songs on this, so I can’t wait to hear it finished.”

Meanwhile, Tweedy is planning to regroup at some point in the near future with the Jayhawks’ Gary Louris and Soul Asylum’s Dan Murphy for a new album under the moniker Golden Smog. The group’s last effort was 1998’s “Weird Tales.” 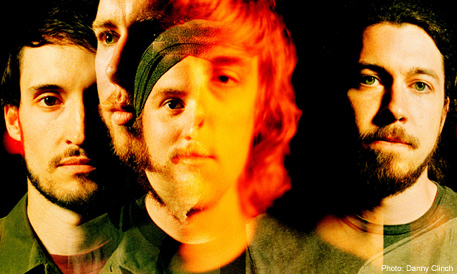 My Morning Jacket: The Mysteries of Space (Interview With Patrick Hallahan)

After releasing It Still Moves, the most commercially successful record of their band 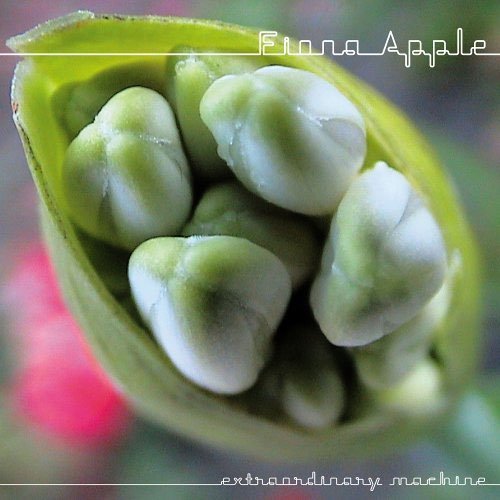 With its first live album, “Kicking Television,” about to hit stores next month via Nonesuch, Wilco is well into the writing process for its next studio set, which the band hopes will be released sometime next year. Frontman Jeff Tweedy tells Billboard.com Wilco has worked up 13 new tunes already. “There’s an enormous amount of excitement in the band about the recording,” he says.

“We did some recording before we went to Europe, and we have time scheduled in December and throughout the winter,” he adds. “There’s no schedule in terms of when something might come out. We all have high hopes we’ll be able to get something out next year, and sooner than later.”

The new album, which will be the follow-up to 2004’s “A Ghost Is Born,” will be the first to feature new members Nels Cline (guitar) and Pat Sansone (keyboards, guitar), who joined up shortly after that set’s release. The six-piece incarnation of Wilco makes its recorded debut on “Kicking Television,” which chronicles a four-night May stand at the Vic Theatre in the band’s Chicago hometown.

“What we’ve done already is basically record in our own studio,” Tweedy says. “We set up without headphones in a circle and roll tape based on us trying to get ourselves balanced as much as possible, without using the mixing console.”

Two of the tunes from this first batch of material, “I’m Talking to Myself About You” and the tentatively titled “On and On and On and On,” have been receiving stage time during recent shows. Tweedy says the former is “about as straightforward and as dumb as anything I’ve ever written, but musically it’s really exciting and fun to play.”

The artist adds that while Chicago seemed like a logical place to record, he initially failed to take into consideration that “we’d played a lot of these songs for these people like 7,000 times. How were we going to make this exciting?”

“Luckily it didn’t end up being a problem. But in hindsight, maybe it would have been a good idea to record our first show in Tulsa or something,” he adds with a laugh.

The only show on Wilco’s schedule for the time being is a Tuesday (Nov. 1) benefit for hurricane victims at the Vic in Chicago. Afterward, Tweedy will play a host of mostly U.S. solo dates through Nov. 22 in London.

John Fahey Tribute Album To Be Produced By M. Ward

As one of acoustic music’s most influential innovators, John Fahey has influenced musicians from many genres. On February 14, a who’s who list of indie rock artists’ pay their respects to the guitar-extraordinaire with the release of I Am The Resurrection: A Tribute To John Fahey. Produced by M. Ward, the tribute features cuts from the Fruit Bats, Sufjan Stevens, Calexico, Devendra Banhart, Sonic Youth’s Lee Ranaldo, and Granddaddy, among others – a full track listing is below.

To commemorate the 40th anniversary of his signing with the label (12/12/66), and the fifth anniversary of his death (2/21/01), a simultaneous reissue of the 1968 fan favorite The Yellow Princess is also planned. The reissue will include three new tracks, as well as new and original liner notes.

The goal of the tribute, which was the idea of Vanguard staff member and the album’s co-producer Stephen Brower, was to compile a roster of contemporary artists, primarily from the indie rock and indie folk worlds, who have been profoundly influenced by John’s work. “As relatively obscure as he was, John Fahey’s unmistakable stamp is all over the current strains of rock and folk music,” says Brower.

They also have compiled a string of unparalleled concert albums that illustrate why they have long been considered one of the best live bands in the history of rock. To celebrate Rush’s 30th Anniversary, Anthem Film & Television and Zoe Vision/Rounder will release the multi-CD and DVD package “Rush-R30” on November 22, 2005 (US & Canada/ November 28 UK & Europe).

The first DVD captures the band’s $21-million grossing, sell-out 30th Anniversary World Tour and was filmed with 14 hi-definition cameras in 16×9 widescreen format at the Festhalle, Frankfurt Germany on September 24, 2004.

The set list spans the band’s diverse 30-year career, and includes fan favorites “Xanadu,” “The Spirit of Radio,” “Working Man,” “Tom Sawyer,” “Subdivisions,” “Earthshine,” “2112,” “Limelight,” “Between the Wheels,” which hasn’t been performed live in 20 years as well as tracks from 2004’s covers EP Feedback, including “Summertime Blues” and “Crossroads.” Most of all eighteen studio albums are well represented through a non-stop energetic set of 22 electrifying songs.

The second DVD is a historical retrospective that features rare and classic performance footage dating from the 1970’s to their recent 2005 Tsunami relief benefit concert. The disc also includes interview footage culled from the past three decades. A Deluxe Edition of “Rush-R30” will also feature two CDs with the complete soundtrack from the Frankfurt concert DVD, two limited edition Rush guitar picks and a souvenir backstage pass.