Powerhouse tours by the Rolling Stones, U2 and Paul McCartney helped drive concert ticket revenues in North America to a record $3.1 billion in 2005, even as the number of tickets sold declined for the third year in row.

Despite a slow first-half of the year and the decline in tickets sold, concert tours in 2005 amounted to a 10.7 percent increase in gross receipts over last year’s total of $2.8 billion.

The record revenue was due largely to the rare confluence of superstar artists touring. 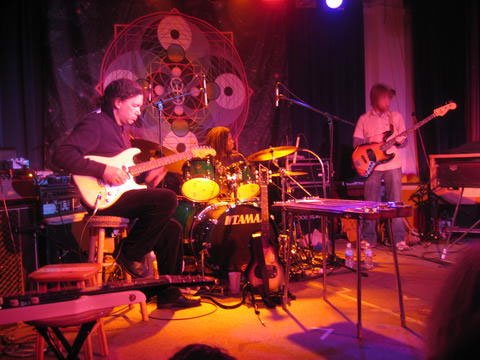 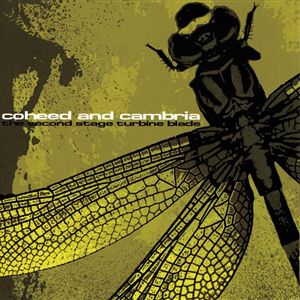 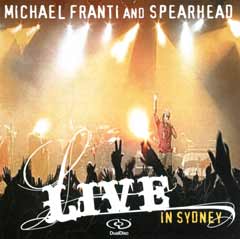 Earbuds For iPod May Damage Hearing

The ever-popular earbuds used with many iPods and other MP3 players may be more stylish than the bigger and bulkier earmuff-type headphones, but they may also be more damaging to one’s hearing, according to a Northwestern professor.

“No one really knows for sure” the levels at which iPod users listen to music, but “what we do know is that young people like their music loud and seldom worry about any decline in hearing ability,” Dean Garstecki, chairman of Northwestern’s communication sciences and disorders department, told Reuters Health.

The earbuds commonly used by iPod listeners are placed directly into the ear and can boost the audio signal by as many as nine decibels — comparable to the difference in sound intensity between an alarm clock and a lawn mower, Garstecki said. Yet, the earbuds do not always fit snugly in the ear, but often allow background noise to seep in, which causes listeners to crank up the volume.

In turning up the volume to drown out background noise, however, people “don’t realize they may be causing some damage” to their hearing, Garstecki said.

This danger is not confined to MP3 users, such as iPod owners. Earbuds are also used with compact disc players and Walkmans. Audiologists have cautioned about the potential risk of hearing loss associated with such devices since the 1980s. The longer battery life and the greater music storage capacity of MP3 players, in comparison to Walkmans and compact discs, however, encourage longer periods of uninterrupted music listening.

Ben Harper will release a two-CD set, Both Sides of the Gun, on March 21st. While Harper released a collaboration with the Blind Boys of Alabama in 2004, this eighteen-track collection, divided into nine songs per disc, is the follow-up to his last solo effort, 2003’s world music-inspired Diamonds on the Inside.

At an hour long, the new material would easily fit on one CD. But Harper wanted to give each disc a distinct sound, one harder and one softer, as he just “wasn’t able to find that magic balance.”

Among the tracks on Both Sides’ harder-edged half is the title track, which melds funk with a Seventies soul vibe, and the blues and funk-driven “Black Rain,” a song in response to the devastation of Hurricane Katrina. In contrast, Both Sides’ second half features the power ballad “Picture in a Frame,” and the romantic closer “Happily Ever After in Your Eyes,” a track Harper hopes will become “the ultimate wedding song.” (Harper and longtime girlfriend actress Laura Dern actually chose holiday tracks for their recent wedding ceremony this December 23rd in Los Angeles.)

While the California singer-songwriter turned to his usual backing band and a number of L.A. “jazz-heads” for recording, he self-produced the album and, on several tracks, played all the instruments. Harper says of his very hands-on effort, “I feel confident there’s not an ounce of filler.”

With tour plans in support of Both Sides in the works for either February or March — and a co-headlining slot for the Langerado Music Festival in Sunrise, Florida, on March 11th — Harper finds himself itching to get out on the road. “I’m jumping out of my skin. I can hardly sit still. I just can’t wait to get it out and play it.”

Snger/songwriter/one-man-band Andrew Bird is planning a two-week February tour, following a busy year on the road supporting his latest full-length album, The Mysterious Production Of Eggs.

Bird has evolved from his days fronting his Bowl of Fire band into a creative solo performer, working with pedals and other looping equipment to build his songs live.

This time around, he’ll be accompanied onstage by another artist known for his one-man-band antics – drummer/electronic musician Martin Dosh. The two performed together at several fall shows.

Belle & Sebastian and the New Pornographers are planning to hit the road together. According to the Matador Records Web site, the multitudinous ranks of the labelmates acts will tour North America early in the New Year, although no dates are yet confirmed.

B&S have a U.K. tour slated to open Jan. 15 in Glasgow and run through a Feb. 10 gig in London. As previously reported, the group is also due to perform in March as part of the South By Southwest music festival in Austin, Texas.

The group is touring around the release of “The Life Pursuit”, due Feb. 6 in Europe via Rough Trade and a day later in the United States through Matador.

The New Pornographers have just two shows on their schedule at deadline, including a New Year’s Eve gig Saturday (Dec. 31) at Chicago’s Metro. The other, a Feb. 22 show with Matt Pond PA and dios (malos) at the Barrymore Theatre in Madison, Wis., is a makeup date for an Oct. 21 show at the venue that was postponed when bassist John Collins suffered an appendicitis attack and required emergency surgery.

In May, the band will take part in the United States of ATP (All Tomorrow’s Parties) festival in East Sussex, England, on a bill curated by the Shins.

For a guy who (according to legend) was raised by chickens and now tops off his blank-faced mannequin mask and long, black Jerry Curl wig with an empty KFC bucket, Buckethead makes some fairly normal music, but that seems to be the point.

Drummer Mike Clark is hitting the road with another stunning group of musicians. While he has toured recently with young lions like Robert Walter, Skerik and Charlie Hunter (he will introduce some relatively unknown musicians to the jazz world later this year), he is kicking off 2006 with a tantalizing and fresh Headhunters lineup. With hundreds of years of combined performing experience, this ensemble fixes to be so funky that you just might be able to smell it.

Bill Summers returns on percussion and vocals, and things should get interesting with first time Headhunters George Porter Jr. (The Meters) on bass, Donald Harrison (Art Blakey’s Jazz Messengers) on sax, and Jerry Z (Melvin Sparks) on the organ. These diverse musicians are bonded by a combination of decades of experience playing jazz, yet an ageless zestful approach to performing. They are each very talented at listening and reacting, yet none are shy about “stepping up” when appropriate.