The Thanksgiving holiday is finally upon us, and we’d like to take this opportunity to thank all of our readers for wasting their time with us. We’re changing the schedule

The Silver Jews yentas over at Pitchfork always seem to have the Berman-related scoop, and today they’re reporting the title of the band’s forthcoming LP will be Lookout Mountain, Lookout

One of the interesting side effects of the upcoming Led Zeppelin reunion gig is that any time Jimmy Page gives an interview people analyze every single detail for clues about what will go down on December 10th. Page yesterday let it slide that the band has been rehearsing a song written between 1968 and 1980 that has never been played before. Jimmy played it cool when pushed for further details, but apparently he mentions they plan to play For Your Life in memory of Ahmet Ertegun in an interview that will run in the next issue of Guitar World.

Speaking of people that can’t keep a secret, Ian Astbury told a stunned crowd in Cincinnati that The Cult will be opening for Led Zeppelin during what’s shaping up to be the biggest tour of 2008. Be sure to save those holiday bonuses, because tickets won’t be cheap. Alright, what else is out there?

Finally congrats to Queen’s Brian May for being named Chancellor of Liverpool John Moores University, paving the way for Rock Star Astrophysicists everywhere.

Led Zeppelin Possibly Touring in 2008 with The Cult

Not only is Led Zeppelin going back on the road in 2008, but they’ve selected the Cult as their opening act. That’s according to Cult frontman Ian Astbury, who blabbed 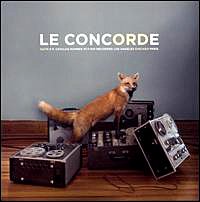 Although Le Concorde has only been around since 2003, they sound like pop rock veterans on their newest EP, Suite. Stephen Becker, the mastermind behind the band from Chicago, gets how to write a catchy song—and this new batch brings plenty of energy. The gem here is “All These Fragile Unions,” which uses Becker’s rhythm and wonderfully awkward sense of melody and sounds to form almost three minutes of suiteness. The bar has officially been raised for their next full-length album.

"For over 30 years The Residents have been a world unto themselves: madcap jesters, video innovators, rock’s very own devil’s advocates” – The Mirror UK THE RESIDENTS’ announce the release 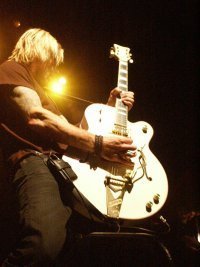 Surprises at a show are a mixed bag. Most often they're of the unpleasant sort when the band you go to see doesn't live up to your (often over-hyped) expectation. Every now and then though, there's a good one. On Monday night at Rams Head Live, I got three of them.

The Walkmen have announced a slew of dates, kicking off January 16 in Pittsburgh. The band will play just over a week of shows in the US, finishing up January

The dates and the initial lineup of San Francisco‘s 2008 Noise Pop Festival have been revealed. Magnetic Fields, Cursive, The Mountain Goats and The Gutter Twins are among the bands