The Year That Was: Wrap That Shit Up, B

“Is that the guy with the old balls?” –Julian McGrath, Big Daddy

That may have been the most asked question over the last 12 months. For the Year of Our Lord Two-Thousand Seven will long be remembered as the ultimate cash grab: Genesis, Van Halen, The Police, The Sex Pistols, Crowded House, and the pulse-having members of Led Fucking Zeppelin all rose from the ash(tray)s for long-coveted reunions, and we’re guessing all the little pills floating around backstage came from doctors prescriptions and licensed pharmacists instead of sketchy backstage characters.

As for your friendly Internet sherpas here at Hidden Track, we’ll look back fondly on our first full year in action, a period that saw us publish 1,127 posts — not bad for two guys draped in business casual collecting fortnightly pay-stubs. We tried to inform and entertain and stay up with the ridiculous nature of the music business that so often frustrates but makes our highs possible. Although, we really just hope that this site over the past year provided a modicum of escapism for your workaday world.

The year began ominously, with news breaking on January 3rd that former 70 Volt Parade lead singer Trey Anastasio had heroin in the car during his late-2006 arrest in Whitehall, New York. And as it continued, we had a little fun with the New Deal’s drummer being a SciUNTZologist. We attracted some serious vitriol with our Top 10 Reasons We’ll Miss String Cheese Incident. We poked a smartass stick at moe. for offering to write my company a jingle a la Full House Uncles Joey and Jesse. We asked whether Dave Clark was fucking Jann Wenner in exchange for Hall of Fame votes. But mostly we just added our voice to the growing cacophony of the world wide webosphere. 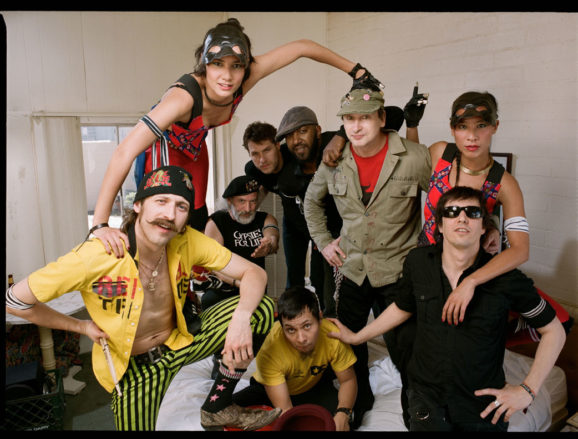 Does Eugene Hütz, strike you as particularly laid back? You think he stands stoically in front of his microphone like Thom Yorke? Nope. Hütz, the Urkranian born lead singer of gypsy punk band Gogol Bordello is particularly animated, and he’s not ready to stand back and let his guitarist do the talking.

The Week That Was: Drinkya Juice

People seem to either love or hate the film adaptation of The Who’s Tommy, but you can consider us in the former. Roger Daltrey gives a brilliant performance as the

Only three and a half days remain in a year that flew by, so this will obviously constitute the 52nd and final installment of the Friday Mix Tape for this

If you’re working this New Year’s Eve, you can take solace in the fact that Radiohead will be doing the same exact thing — only they’ll be playing songs off

Apple Inc (AAPL.O) and Twentieth Century Fox are set to announce a deal that will allow consumers to rent Fox movies through Apple’s digital iTunes Store, according to media reports

Former Rogue Wave multi-instrumentalist Evan Farrell died over the weekend in Oakland, Calif., from injuries suffered in an apartment fire caused by a space heater. Details are still coming together, 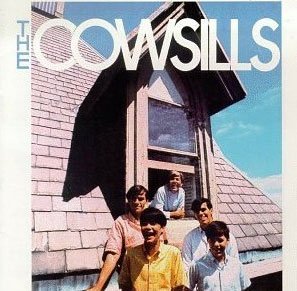 The Cowsills’ discography may provide memories of a different era, but the music stands the test of time because fans liked the music then and their kids still like it now for what it is—a soundtrack that conveys the excitement, rebellion and nostalgia of the Summer of Love.

Everyone has been focusing on naming their favorite albums of 2007, but I’m more of a visually oriented guy. Each week I browse Amazon and Netflix to find out what rock-related concerts and documentaries are coming down the pike, and I do my best to check out any that seem worthwhile. There were many flicks both good and bad that made their way into either my DVD player or DVR this past year. This week’s B List focuses on the 10 Best Music DVDs of 2007:

10. The Other Side of the Mirror – Bob Dylan Live at the Newport Folk Festival

Bob Dylan changed folk music forever when he took the stage at the 1965 Newport Folk Festival with some bona fide electrified rockers. The Other Side of the Mirror examines not only Dylan’s 1965 performance, but also his more straightforward turns at the ’63 and ’64 festivals. Murray Lerner’s fantastic documentary gives us 20 songs from Dylan’s three appearances, most of which haven’t been released before.