Whenever you start to take life for granted keep in mind how quickly things can change. We’re sad to report that saxophonist LeRoi Moore of the Dave Matthews Band passed

For those of you that haven’t heard Phish’s fantastic Walnut Creek release yet, head on over to Phish.com where you can hear the entire release on LivePhishRadio. They’ll be replaying

Looking back at last week’s Spanish Moon edition, Gov’t Mule has walked away with a narrow victory over Robert Palmer. In what was surely a coincidence: A day after last week’s Cover Wars, Mike Gordon welcomed one of last week’s contenders The Bridge to the stage during his encore at The Highline Ballroom for – you guessed it, Spanish Moon. Thanks for reading Cover Wars, Cactus!

This week, I have selected a track off of Derek & The Dominos 1970 release Layla and Other Assorted Love Songs. If you don’t already know about Eric Clapton in the early 70’s, let’s just say it’s safe to assume the original recording was probably captured while Slowhand lay on the ground really high on heroin…and trying to steal away George Harrison’s wife.

As always, be sure to register/login to IMEEM so you hear entire songs and not just 30-second clips.

READ ON after the jump for the voting, some videos and more…

How does a band follow up a surprise complete Gamehendge recreation with entirely original narration? They don’t; it’s impossible. Hence, Mr. Blotto did the logical alternative and turned about face and headed to the opposite end of the spectrum. For Blottopia Nine, the band’s festival last month at Chicago’s Vasa Park, the band did not hesitate to pull out all the stops for their rabid and lovable fan base, but this year brought a mellower mood so-to-speak.

“Jah Rastafari, Ever Loving, Ever Faithful, Ever Sure, Slicey Eyed Friends”

While the annual Blottopia album cover in entirety doesn’t come out until the end of the second night, I’ll spare you the drama. For Blottopia Nine, Mr. Blotto tipped their hats to the Bob Marley live album, Babylon By Bus. As mentioned, it’s a decidedly softer choice and maybe a tad disappointing, but you gotta give the band credit for taking a crack at a live album. Paul Bolger’s booming, raspy vocals do nothing but justice to the Bob Marley originals and add a distinct sound, but the jams are somewhat confined, relatively speaking. Still the Marley album provide plenty of highlights, particularly in Rastaman Vibration, Punky Reggae Party, Concrete Jungle, and Lively Up Yourself.

For reference, some of the other Blottopia complete album covers include Led Zeppelin II, Some Girls, Terrapin Station, Dark Side of the Moon, and the Doors. They also encored number VII with Phish’s Harry Hood. READ ON for more…

Nine Inch Nails have rolled out a slew of North American dates, which will see the band remain on the road until the end of this year. Currently making their 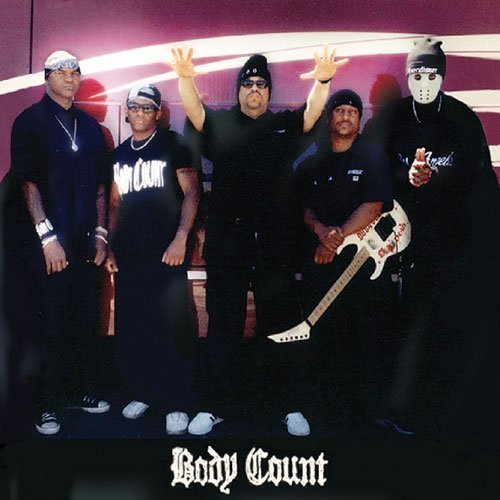 Yeah, THAT Body Count. In what was a surprising night all around, the controversial metal band from 1992 is still kicking ass, believe me they were tighter then I could have ever imagined but before we get to them we need to talk about the under card this night.