When I watched Ozzy Osbourne’s reality show in the early part of this decade, I couldn’t look at the former Black Sabbath frontman without feeling sad. As happy-go-lucky as MTV

We’d like to welcome U-Melt keyboard ace Zac Lasher, who penned the latest installment of our Tour Diary series. Zac kept a journal for most of the band’s Spring Tour and we’ve divided his entries up into three parts.

First night of the Midwestern run. After a highly successful string of shows in our beloved Northeastern United States, we leave the comforts of home for the Central time zone and beyond. Tonight, I got to see a friend who I haven’t seen since high school, and who I probably would have never seen again if it weren’t for that website called Facebook.

I think about the technology that we have at our disposal in this day and age, that was only the stuff of fiction when I was growing up. Personal communication devices that we carry with us that not only allow for person-to-person voice conversation between two or more people anywhere in the world, but also give you virtually instant access to pretty much any bit of information that isn’t a closely guarded secret at the touch of a button – or the touch of a screen. Its pretty amazing what sort of stuff we humans can make. READ ON for Zac’s journal entries from Dekalb and Madison…

Wilco, the current most buzzed about band on the planet, has recently updated their website to add a number of cool features including a Gigapan photo of their famed loft

The unofficial hiatus of The Strokes has proved to be quite productive for the members of the one-time saviors of downtown rock. While lead singer Julian Casablancas has been relatively

If you are a fan of the rock/jazz meld, Jeff Beck: Live at Ronnie Scott’s is a must watch. Palladia will air the special, which features footage from Beck’s series

On the Broken Social Scene website, Kevin Drew has announced that the Canadian collaborative has started record their first record in four years and have decided to do it with

R.E.M. have begun work on new material. Guitarist Peter Buck and bassist Mike Mills have tentatively demoed 14 tracks for the follow-up to last year’s ‘Accelerate’ LP, according to Pitchfork. 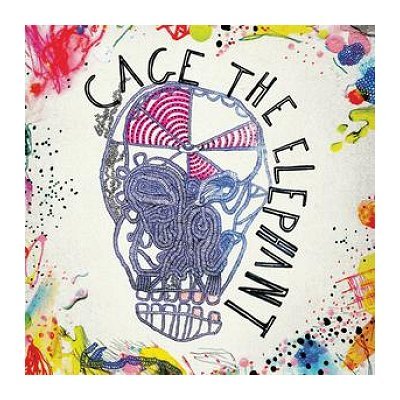 Bowling Green, Kentucky has never been a hot spot of start-up rock bands, but Cage The Elephant, led by brothers Matt and Brad Shultz have garnered a worthwhile buzz as garage rockers, making them Kentucky’s second most popular rockers behind My Morning Jacket.