For the second episode in the Jazz in the Present Tense series here at Stormy Mondays, we’re pointing our ears across the Atlantic to hear what Europe has to offer.

With Thanksgiving now behind us and Hanukkah and Christmas quickly approaching, we thought we’d get into the holiday spirit. While there isn’t too much we’ve found this year in the

Jim DeRogatis has a long-held reputation as a firebrand, and he’ll be the first to remind you he’s more than a bit of a contrarian. But we’ve always found those labels a little disingenuous, especially for someone so obviously passionate about not only music, but about being as much reporter and informed critic as opinionated scribe.

In a music critic landscape circa 2009 that’s as much lazy, laurels-resting old hands as unedited, brutally overwrought bloggers, credit the man for valiantly bucking both trends. He’s best known as the pop music critic for the Chicago Sun-Times, but DeRo is also a prolific author, blogger and, with Greg Kot, his opposite number at the Tribune, host of Sound Opinions, to us one of the few music radio talkshows that’s as informative as it is passionately music geeky.

(Voyageur). We caught up with DeRo a few weeks back on that and other pressing topics.

HIDDEN TRACK: Being a well documented Velvet Underground fanatic, this must have been a fun one for you. Tell me about the genesis of this book.

JIM DEROGATIS: Voyageur Press has been doing a number of coffee table art books devoted to bands and memorabilia. They did one on Led Zeppelin and I’d contributed an essay on “Houses of the Holy” to that. They had this notion of doing a Velvets art book and they called me up and said could you do the connective tissue historical essay and corral some other writers, and I said, well shit yeah, Merry Christmas. They’ve very generously put my name on the cover.

I have a shelf full of a dozen if not more Velvets and Lou Reed and John Cale books, but being even a huge fan as I am, there is a tremendous amount of artwork in this book that I’d never seen before. It’s nice to be given that context to do some of the writing. The goal wasn’t to do a definitive history for fans, it was to show them a lot of the art they hadn’t seen before, rounded up in one place.

READ ON for more of Chad’s chat with Jim DeRogatis…

On Thursday morning at 9AM, you’ve got a tough choice to make. Hopefully you’ve got DVR and won’t have to pick between Biography’s profile of Jerry Garcia and Palladia’s airing 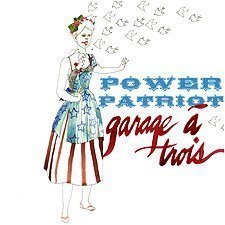 With Power Patriot, the realigned Garage a Trois attempt to answer the musical question: "Is there life after Charlie Hunter?" The seven-string samurai has been part of this band's lineup since its inception a decade ago and his replacement by Marco Benevento fundamentally alters the sound of the quartet. This music is definitely less dependent on groove though it carries just as much visceral impact (and in your face, not through insinuation). 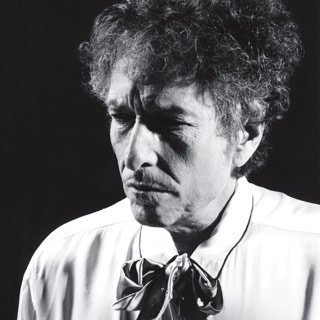 Bob Dylan shifts and changes his live performances so much it has become an adventure to dissect his tunes from tour to tour.  A constant tinkerer, his arraignments are fluid and give him space as an artist to express himself with those he chooses to place onstage.  The current outing finds him playing with four familiar players that he has toured with over the last few years and one from his not-too-distant past.  Charlie Sexton returned to the lineup on lead guitar and added a chicken fried layer of playing that has jolted Dylan into some powerful sonic structures this time around the world. 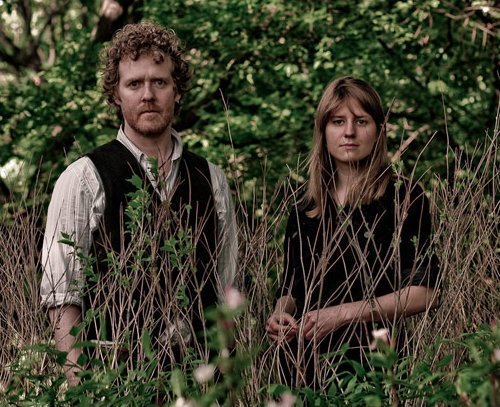 The first time I saw the film Once, starring the duo that comprises The Swell Season, I went alone on a random, rainy Thursday afternoon. Given that my boyfriend of six years and I were officially participating in the cliché is the “temporary break,” it is safe to say that my movie selection was not the smartest choice I’d ever made.

So, maybe some people just assume that, with an iffy track record, Nick  Thorburn must be your classic front man head case.  But the truth is, he’s just a nice guy – almost a kid, really, at 27 years old – who often feels the victim of “shy/asshole confusion,” a concept originated by Seinfeld co-creator, Larry David.  This is something he talks about at length in most interviews.

After two completely different shows in Albany, Phish kept fans on their toes once again tonight at the Cumberland County Civic Center in Portland, ME. While there weren’t the crazy