The Number Line: The Studio Albums

As we mentioned yesterday, each day this week we’ll be sharing a new installment of our geekiest column, The Number Line, in which we analyze the setlists from Phish’s recently completed Fall Tour. Today’s TNL column looks at the songs played by album. One thing you’ll notice is the lack of songs from the group’s two post-hiatus albums, Round Room and Undermind.

There are many moments of brilliance on the Smashing Pumpkins’ debut album, Gish, but one track stands out from the rest – the slow, plodding Rhinoceros. Here’s the music video

Not being a Christian—or a Clausian, for that matter—some of the holiday film imagery is totally lost on me. I don’t always get all of the players, either, or WHO was who, and WHEN they did WHAT, and whether John the Baptist was beheaded upside down, or Moses played for the Rockets, or Brian was really the Messiah, or if that spaceship that he rode in during the Monty Python film PROVED the existence of extraterrestrials.

I also don’t get what role this old Jerry Garcia wannabe plays. Is his name St. Nick, or Kringle, or Claus? What the fuck? And how did this fat ass that parties with elves become a saint? Answer me this—in the Lord of the Rings, the elves were normal-sized pseudo-humans, who also happened to look like Aryan wanktards who have pointy ears, and were all conceived by Johnny Winter and Spock. In Santa’s Frat House up north, elves are these little mutant munchkins who are either nerds with goatees, or gay (uhh…Hermie, the blonde kid, who wants to be a dentist in Rudolph the Red-Nosed Drunkard? HELL-LOW. Red flag). Jesus, get me a Tylenol, will ya?

Well, enough of that. It’s the holiday season, and THIS time, we’ve got ourselves a bit of a minor masterpiece, which then morphed into a cheesy 70s television series about a family with 174 kids. Uh…birth control, people! This week’s little holiday Hidden Flick charmer is The Homecoming,

and it starred Patricia Neal (a sublime actress who survived cancer and being married to the great eccentric author Roald Dahl).

Tour Dates: The Lips Go To The Dark Side

The Flaming Lips are no strangers to concert theatrics – an average Lips shows features everything from Wayne in a bubble to hand puppets to confetti cannons. For their upcoming

have cancelled the remainder of their December Raditude tour following yesterday’s (December 6) bus crash, which left singer Rivers Cuomo in hospital with three cracked ribs. A blog on Weezer.com

Cat Power is planning to record her next album entirely on her own. In a move harking back to her early records, the singer-songwriter, real name Chan Marshall, has said 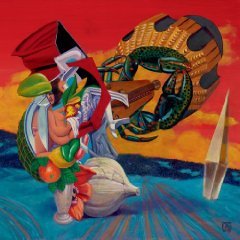 Side One Dimmy, No Sleep Records, Tiny Engines, Blackheart, Dischord

Recent months have given us some fine vinyl releases and I'll recap some that I've picked up from Side One Dimmy, No Sleep Records, Tiny Engines, Blackheart, Dischord 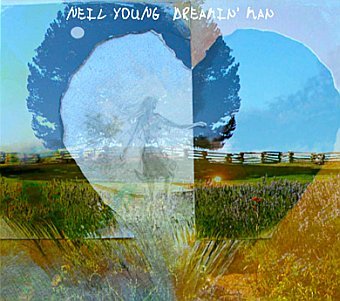 The latest edition of Neil Young's Performance Series, Dreamin' Man, is a composite of a number of liver performances Neil Young gave prior to the 1992 release of Harvest Moon, his return to Reprise Records after a tumultuous stint on the Geffen label.

Muse have announced details of six new US live dates for February, March and April next year. The band will kick off the gig run on February 27 at the