While I haven’t had a chance to listen to HT Faves Vampire Weekend’s new album, Contra, since returning from Jam Cruise, everyone either seems to love or hate the disc

The Macpodz, the New Pride of Ann Arbor

With the Wolverines sucking wind in two sports and Rich Rodriguez leading the U of M football team to two of the worst seasons in the program’s history, Ann Arborites need to look beyond sports for inspiration these days.

Fortunately, one of the nation’s great eccentric cities can fill its fanatical void with a young band called The Macpodz. A long time coming for sure, Ann Arbor finally has its first great jamband; a guitar-less five-piece comprised of brilliant musicians who via bass, trumpet, percussion/flute, keys, and drums, muster up some of the most energetic music on the scene today.

I caught these guys back in May at Sullivan Hall and left floored. Enamored with their sturdy funk-jazz-rock tunes and vibrant stage presence, we caught up with trumpet player Ross Huff to chat about their music as well as some pressing Ann Arbor issues of the day like how long do we give Rich Rod to turn around the football program and what are the important sandwiches in town (arguably the country’s sandwich Mecca).

Hidden Track: To start off, let’s talk about the Macpodz and the old genre topic. Given that the Macpodz music is somewhat rooted in jazz music, yet the band seems to really identify with the jamband scene, do you guys give it any thought about whether or not you want to fully embrace the whole “jamband” thing or do you try to maintain a balance and cater to the more pure jazz scene as well?

Ross Huff: The short answer is that I don’t give it much thought.

I tell people I play in a rock and roll band and they don’t believe me, because it sounds like jazz to them. It doesn’t sound like jazz to me. It doesn’t yet have that level of complexity. We are students of jazz but our performance is based on rock aesthetics.

In the meantime, I’m trying to show that “genre” is an outdated concept entirely. The only important thing is to create living music and to show kids how to play, so music will continue to live after we die. Not our music, just Music, the gathering of humans and the playing of instruments. The great masters are getting old, and many have already passed.

READ ON for more of Ryan’s chat with The Macpodz…

Helpless was written by Neil Young and released on the 1970 Crosby Stills Nash & Young album Deja Vu. There are three definitive performances by Young of this tune – the studio recording, Young’s performance with The Band that is captured in both audio and video formats at The Last Waltz where drugs were involved and the third is from MTV’s Unplugged.

We’ve got a lot of renditions this week, more than I normally allow, but when it was time to cut some, I thought they were all pretty damn good.

Buffy Sainte-Marie: This cover was recorded just a year after the original release of CSNY’s version of Helpless. In fact, Neil Young plays on this album but I have been unable to determine if he plays on this track. For those of you listening on headphones, crazy reverb/delay on the snare drum in the intro to this song. I’m not sure if this is intentional as it disappears once the vocals kick in. Source: She Used To Wanna Be A Ballerina

READ ON for the rest of this week’s contestants…

This one is for an old friend with an odd name…a Seal amongst Men. A Brit, neither Spanish, nor French, wandering through the night with a German…

Nocturnal dissonance swirls into a fine point of clarity. Sure enough, you’re on the set of your own paper mache talk show. Psychedelic tendencies of abstract imagery abound. Give me something from a dream whence I breathe. Wander into sealish dives, backing away from the avatar, away from unconditional unconscious dreamscapes. Bring IT on.

We ponder the French because…well…someone has to, and it’s been a while since we’ve wandered away from the American shores of self-examination in this third season of Hidden Flick. Indeed, we also gaze upon the dreams of a young man with a wild imagination who can not focus his creativity into any form of daytime productivity.

We all dance along the precipice of daydreams, and some of us fall over the edge, the precipice which divides reality and fantasy, cross that bridge, but not getting burned, you may not know what you are going through, but time is the space which implodes…a prayer for the dreaming…life carries on with this week’s Hidden Flick, La Science des rêves, literally The Science of Dreams, or as marketed in the west, The Science of Sleep.

READ ON for more on this week’s Hidden Flick…

As a way of rewarding their local fan base, Nada Surf have announced three hometown gigs here in New York City that will kick off their upcoming world tour. The 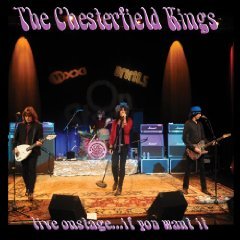 Led by vocalist Greg Prevost (who sounds like a cross between Mick Jagger and David Johannsen and looks like a cross between Chris Robinson and the late Johnny Thunders back in his New York Dolls’ days), the Chesterfield Kings are all about the rock ‘n’ roll and aren’t afraid to show their influences.

The Nikhil Korula Band has opened for artists such as Dave Matthews, O.A.R., Rusted Root, and Jason Mraz.  Their musical resume, if you will, is already a few pages long. But how did all of this happen?

Take what you thought was “rock and roll excess,” double it, and you still would not be anywhere near the dizzying life of Ozzy Osbourne. Born into a life so

Dr. Dog is very excited to announce the April 6th release of their Anti- Records debut, Shame, Shame. As a band that has traditionally built their spirited albums layer by