The second round artist announcement for Camp Bisco 9 has dropped this afternoon. Joining the Biscuits, Ween, LCD Soundsystem and other acts initially announced will be Method Man, Ghostface Killah,

Believe it or not, we’re closing in on the start of Phish Summer Tour 2010 at Toyota Park in Chicago on June 11. Last year, the band set a record for most songs played in one year, but there’s still loads of tunes yet to be busted out by Phish 3.0. I polled YEMblog’s Twitter followers and Facebook fans for their opinion on what songs should be revived in 2010 and combined some of the results with my thoughts to create a list of the ten tunes we’d like to see Phish bring back that they didn’t play in 2009.

The only criteria for this week’s B List was that Phish must’ve performed the songs live at least ten times. We’ll see what happens as I made a similar list a year ago and Phish wound up playing the #1, #2 and #5 songs in ’09. Hopefully we’ll have the same kind of luck with this list.

Enough from me, let’s get to the bustables…

Missing in action for over 13 years, All Things Reconsidered is an instrumental variation on the theme from NPR’s All Things Considered. Short and sweet – but not the easiest tune to play – this one would require a bit of practice. No one wants to see a botched ATR.

Supergroup Them Crooked Vultures came together last year to record an album and for an extensive tour. The group – consisting of Josh Homme, Dave Grohl and John Paul Jones

UM/tDB/STS9 Team Up For Mayan Holidaze

Each of the last three years, Umphrey’s McGee and the Disco Biscuits have combined forces with Cloud 9 Adventures to throw a festival down in Jamaica called Caribbean Holidaze. For

Happy and healthy are two terms you don’t often find in the same sentence as Jerry Garcia, yet the unofficial leader of the Grateful Dead looks guilty on both counts in the latest release from the vault – Crimson, White and Indigo. Garcia plays and sings about as well as he ever did in the group’s last 15 years during 1989 and was particularly on top of his game on July 7 at JFK Stadium, he even danced a little jig during the jam that connected Scarlet and Fire. The Dead’s performance coupled with a stellar audio mix and near-perfect visuals combine to make this 3-CD/1-DVD set a winner.

Now, I must admit – I’m the type of Dead fan who listens to the 1968 – 1980 period about ten times as much as I throw on stuff from the rest of the ’80s and ’90s, so watching Crimson, White and Indigo was a bit of a revelation. Not only is Jerry in fine form, but the rest of his band mates step up to the plate on this night as well. We can’t throw either the happy or healthy tags on keyboardist Brent Mydland, yet he steals the show with his potent delivery of Blow Away. Each member of the Dead can’t help but smile as Brent gets so into his “rap” towards the end of the song that spittle flies everywhere. It’s clear Jerry loved playing with Brent.

The problem with concert films these days is that editors and directors feel the need to switch shots every 10 seconds and always keep the cameras moving. Luckily, that’s not the case on this DVD. Each shot gets ample time giving viewers a true feel for the performance and allows musicians the opportunity to pick up tips from watching the band members in action. Another bright spot on the video end is the lack of computer animated graphics that are so distracting on other Grateful Dead video releases.

READ ON for more of Scotty’s take on Crimson, White & Indigo…

Earlier this week at an event at Bowery Ballroom in NYC, two great brands came together to form a unique and quite tasty pairing as Bonnaroo and Ben Jerry’s revealed 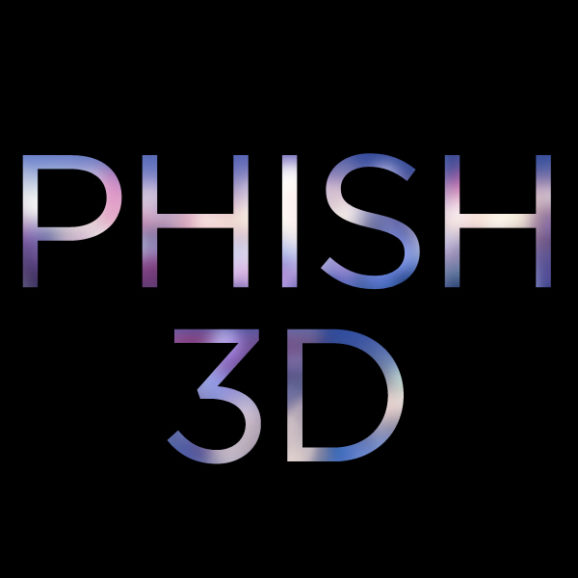 The announcement of Phish 3D was somewhat surprising to me, but somewhere in the middle of the April 20th preview screening, it dawned on me that I should have expected nothing less. After all, the band has been doing nothing but taking advantage of technology and innovation for over two decades of productivity. Why WOULDN'T Phish do a 3D movie, I eventually thought.

Dark Night Of The Soul Gets Official Release Date

With such a tumultuous history and the unfortunate passing of Sparklehorse  frontman Mark Linkous, it is with a sigh of relief and a heavy heart, that Dark Night of The

Saccharine Austin indie outfit, Voxtrot, have announced that the band will break up after a short farewell tour.  The Goodbye, Cruel World tour will kick off in Chicago on May