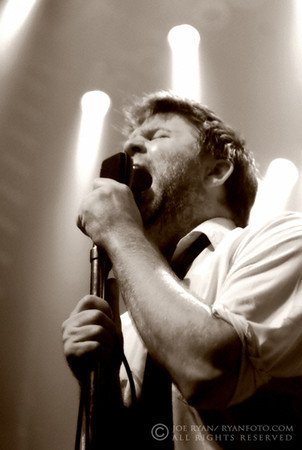 Bonnaroo Week rolls on here at Hidden Track with a feature for the stat geeks everywhere. Now in its ninth year the fine folks at Superfly have again crushed it

After years of watching Rich Pagano cover other people’s songs with quintessential Beatles cover band The Fab Faux and Fillmore East-era Tribute act Prisoners of 2nd Avenue, the singing/songwriting drummer showed he’s quite capable of lighting up a room while performing his own songs with the SugarCane cups at City Winery in New York City on April 30.

[All photos by Adam Kaufman]

The evening started with a 20-minute set of country-tinged originals by Natalie Mishell, an artist whose debut album is currently being produced by Pagano. Mishell has a voice that gets to your core pretty quickly, quivering with emotion and wide-ranging as she moves from the high register of her voice to the low within a few measures. It doesn’t hurt that she’s got a beautiful smile and seemed at ease with an audience filled with people who had probably never heard of her before.

Pagano and the SugarCane cups came on exactly at showtime and immediately got down to business with the opening track from their self-titled release, Everything’s Alright. Pretty quickly it was clear Pagano had put together an impressive group of talented musicians to bring his songs to life on stage. Besides Rich on drums, the five-piece features Andy York and Rob Bailey on guitars, John Conte on bass and Kevin Bentz on keys. Each player has honed their skills in the studio and on the road for decades backing a legendary roster of artists including Roseanne Cash, John Mellencamp and Donald Fagen. READ ON for more of Scotty’s thoughts on this show…

MMJ To Play 5 Nights At Terminal 5

In June 2000, Phish played their only headlining tour through Japan. A few dozen American travelers joined several hundred newly initiated Japanese phans on a phenomenal seven-night run of intimate venues, resulting in a series of fiery shows, unique cultural exchanges and the birth of the Japanese Meatstick. Longtime fan Stanch had been living and teaching English in Japan for a year when Phish arrived. In honor of the 10-year anniversary of the tour, and with help from a detailed journal and inputs from his traveling companions, he recounts his memories of the tour’s first four shows.

As the crowd began to pack (and I mean pack) the room, the atmosphere seemed to combine the anticipation of a typical Phish show with the feeling that we were all at some private party. There may have only been 500 people there, but they were 500 of the most jazzed people I’ve ever been around. Even the other shows in Japan paled when it came to the buzz that rippled through the crowd in the moments before the band came out that first night.

Phish took the stage and unleashed a strong first set. Extremely well played, high energy, and exemplary of their many styles and moods, they introduced themselves to the crowd with an iron-clad grip. In response, a friend acknowledged their Axilla opener with a hello of his own: A few rows in front of Trey, he danced with a toy he had purchased on a whim in Shibuya earlier that day swaying high above his head – Captain Pecker the Party Wrecker – a four foot, inflatable penis with the word MEATSTICK written in large marker on its side. I have had a few people ask me along the way if I thought Trey had seen the Captain. Let me be clear: everybody saw Captain Pecker the Party Wrecker, including Brad Sands, who rushed over to tell my friend that yes, they were videotaping the show for Japanese TV, and – while hilarious – there was no room in the video for the Captain, because the cameras “couldn’t see the band.” Brad retired the rubber Captain to the side of the stage, but the Meatstick request had been delivered.

The first set continued on with solid versions of Taste, Billy Breathes, Poor Heart and a Golgi that almost blew the roof off the place. As I looked at the Japanese on all sides of me between songs, I kept seeing people with this look in their eyes. And it wasn’t the normal, “Phish rocks” look. It bordered on more of an “I just escaped Shawshank” look. These fans weren’t just having a good time. Some of them were having a transcendent time.

READ ON for more from Stanch about the first show…

Conan O’Brien and Jack White are teaming up tomorrow at Third Man Records in Nashville. What exactly they’re pairing up to do is a mystery, but the Team Coco Blog assures

Frank Zappa once said, “It isn’t necessary to imagine the world ending in fire or ice. There are two other possibilities: one is paperwork, and the other is nostalgia.” He may not be wrong, but his prophecy didn’t come true Monday night in Denver as his son, Dweezil, played host to a theater of weirdos-turned-businessmen doing their best to remember the good old days; back then the idea of nostalgia hadn’t crossed and probably didn’t exist in their minds. Monday night the world did not end, and nobody was doing paperwork. Well, at least not in the Paramount.

The surprisingly normal Dweezil Zappa stood among a throng of ridiculously talented musicians as they dedicated a warm Colorado evening (and, seemingly, a good amount of their current lives) to recreating the music of Frank Zappa. It’s a daunting task, with the estimate of Zappa albums somewhere between 60 and 80 and a countless number of live performances to choose from, but each night the octet digs their heels into the linoleum and does a damn-near-perfect job of it.

As a dancer, Ben Thomas is no Rockette. But luckily that’s not his job. As a vocalist recreating the quizzical complexion of the elder Zappa’s singing, he is spot on with a talent for holding center stage. He’s also not a bad trumpet player, when the time is right. Alongside him is multi-instrumentalist Scheila Gonzalez, whose talent on keyboard, saxophone and flute is only over-shadowed by her diva-esque vocal range. While these two and Dweezil take the spotlight for the majority of the show, they could do nothing without the others. Pete Griffin on bass, guitarist Jamie Kime, drummer Joe Travers, keyboard and vocal extraordinaire Chris Norton and percussionist Billy Hulting were main reasons for multiple standing ovations throughout the night. READ ON for more of Jon’s take on Zappa Plays Zappa…

Something about Mumford & Sons raises an air of curiosity. It’s not just the obvious question regarding the roots of the staunchly American brand of music with its firm roots in bluegrass & folk – despite emanating from four English lads – but there’s also the question of how they got so big, so fast? At face value, folks tend to credit their success to being a U.K. version of the Avett Brothers or sounding like a bluegrass Dave Matthews, but the more you dig in; it becomes evident that there is an intangible element in their friendship that serves as the tie that binds. There exists this natural chemistry that makes this band instantly likable, brothers from another mother.

By now, we’ve talked a lot about Mumford & Sons music around these parts, so in chatting with double bassist and vocalist, Ted Dwane, we focused this particular conversation around the dynamics of the bandmates’ relationships and their emphasis, first and foremost, on friendship.

“We met in a very strange way, through friends and other people’s music. In West London, there are a lot of singer/songwriters and we used to play all the time. Back then, Marcus was usually the bass player and I was usually the drummer. Eventually, we just wanted to play music that we wrote, so that led us to become friends before we were thrown into everything,” Ted explains. “The one thing we never let ourselves forget is that before anything else, we’re friends really. I’m so thankful we get along as well as we do. They are my best friends; we’re all each others’ best friends.”

READ ON for more of Ryan’s chat with Mumford & Sons… 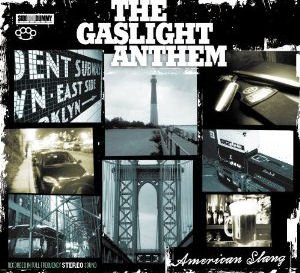 The '59 Sound, Gaslight Anthem's 2008 release, got a lot of comparisons to Springsteen. That was fair enough as there is no doubt that the band's sound was influenced by the godfather of their home state's rock and roll scene. However, what seemed to get lost in those comparisons, was that weren't simply Springsteen imitators even as his mark on them was clearly heard.