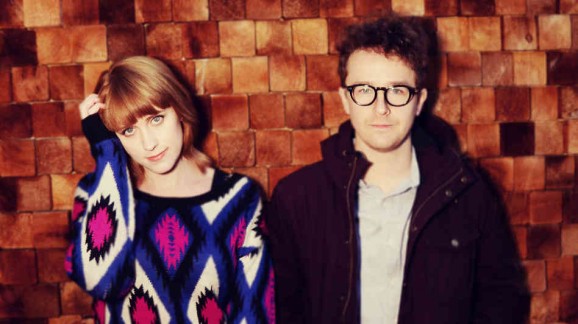 After grinding away at it since forming over eight years ago with incessant touring and a steadily growing fan base, Baltimore’s The Bridge is poised to take it to the next level. And while it’s perhaps a bit ironic for a jamband, it’s an old-fashioned album release that has them elevating to the next tier of improvisational bands.

The band put all its chips in the middle of the table with its latest release, National Bohemian, by hiring former Los Lobos sax-man Steve Berlin to produce; orchestrating a well-coordinated tour of both headlining and support roles (Tea Leaf Green and Galactic); and promoting the music with a professional video and proper publicity push. It’s exciting to see an up-and-coming jamband put so much energy into a record release, so we caught up with guitarist/vocal Cris Jacobs to hear more about the recent developments.

Hidden Track: To get started, I think it’s interesting to hear how bands characterize each others personalities. How would you describe the dynamic of the friendships in the band? Who are the goofballs?

Cris Jacobs: It’s a very brotherly type of relationship. We all thrive on being able to bust each others balls whenever possible. There’s literally no mercy. It’s like “Oh really! Nice shirt there Liberace!” Basically everything that anyone says, does, or wears is under constant scrutiny and is fair game for everyone to jump on and make fun of until the person has their soul beaten to a pulp and they have no self-esteem left. All in good fun of course. But seriously, we really do love each other and get along pretty damn well for six guys in such close conditions day in and day out. Even if the mere sound of someones voice is like nails on a chalkboard first thing in the morning and we bicker over stupid shit out of frustration or just plain road-irritability, I’d say we’d all jump in front of a bus for each other. We’re a very close group, we have a lot of fun, no one is an outsider or a loner really.

We all have our different personalities for sure. As far as who the goofballs are, what time is it? Who decided to have a drunk night? Any given minute it can be any of us and we all have our goofy tendencies, but I’d have to say all around, Patrick. He’s the wide-eyed wonder. And Kenny, one of the most unique personalities I’ve ever come across. And for the first and last 15 minutes of a van ride Dave has the hyperactivity of a 5 year old after too much sugar. We don’t quite know why it only happens during those times, but its quite a consistent and amazing phenomena.

The Avett Brothers have been on a seemingly non-stop tour ever since releasing the critically acclaimed  I And Love And You last September. So it really should come as no 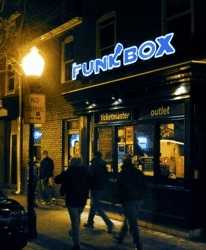 Despite opening less than two years ago, The Funk Box stands as the recognized standard of excellence for live music venues in the Baltimore area. Once inside the club it