Over the last few years, the legendary Booker T. Jones has experienced a bit of a career renaissance thanks in part to a couple of contemporary acts backing the influential 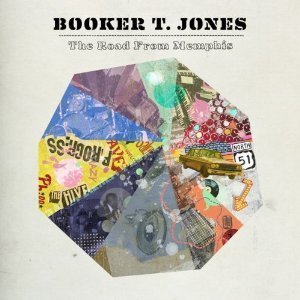 Following  Booker T Jones' 2009 Anti- release Potato Hole which won the Grammy for “Best Pop Instrumental Album,” the B-3  legend returns with The Road From Memphis. Produced by Jones with The Roots' ?uestlove and Rob Schnapf (Beck, Elliot Smith), Memphis was recorded by Daptone Records mastermind Gabriel Roth with backing by The Roots.

It’s looking like 2011 is going to be a banner year for new music as you can now circle May 10 on your calendar, because you’re going to want to

Later this month the granddaddy of all music festivals, George Wein’s Newport Folk Festival, will get under way at Fort Adams State Park in scenic Newport, RI. The festie, which