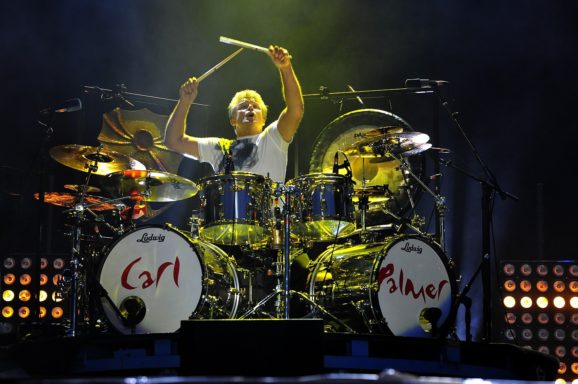 Leslie Michele Derrough May 13, 2013 No Comments

Carl Palmer is not known to sit still for very long. He transitioned into the music video fueled 80’s with Asia, featuring Yes’ Steve Howe and Geoff Downes, and hit #1 with their debut self-titled album and spurning a top 5 single with “Heat Of The Moment.” Palmer has toured and recorded with his solo band and just recently was involved with a project labeled the Carl Palmer Legacy. I spoke with Palmer about his recent endeavors, ELP and what it takes to make a drum solo spectacular.