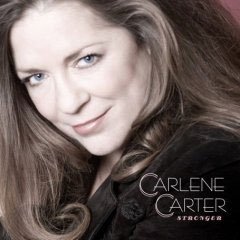 It’s been some years since Carlene Carter began her music career consorting with Nick Lowe, Dave Edmunds and The Rumour back in 1979. In fact, Stronger is her first album of original material since 1995, a work of renewed creativity inspired in its own way, like that of sibling once-removed  of Rosanne Cash’s Black Cadillac, by personal tragedies to which the cd title refers.