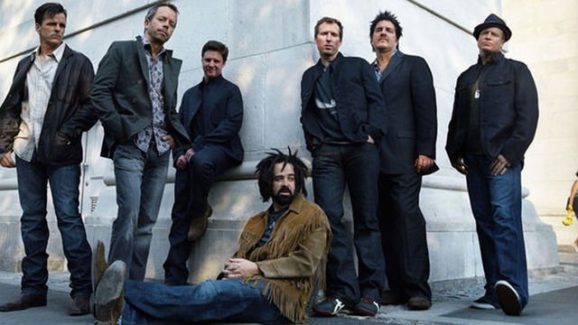 Fresh off the heels of their Australian and European tour, Counting Crows and The Wallflowers, who just came off a highly successful Eric Clapton arena tour, announced today their U.S.

BG: On The Cover Of The Rolling Stone

While Dr. Hook & The Medicine Show’s tongue in cheek ode actually helped to land the band on the cover of Rolling Stone magazine, the legendary music rag doesn’t give

If I was to make a list of must-see bands most certainly near the top of it would be the country-infused, folk-rock band Deer Tick. John McCauley & Co. put

Unlike the slow pace of last week, we weren’t at a loss for stories this week. In fact, we didn’t even get to the Warren Haynes Christmas Jam lineup announcement

Sweet Virginia is the sixth track off the 1972 Rolling Stones Album Exile On Main St. On the studio cut, Mick Jagger is backed by Keith Richards, Clydie King, Vanetta Fields, Dr. John, Shirley Goodman and Tammi Lynn on vocals. Thanks to Keno’s Rolling Stones Website for all that info.

Allow me to quote a bit of James Hector’s, The Complete Guide to the Music of the Rolling Stones…

The nearest the Stones ever got to a round-the-campfire song, through Baden-Powell probably wouldn’t have appreciate the refrain. “Got to scrape the shit right off your shoes” suggested that the song may have been an obscure slant on the old standard ‘Walking Blues’, but the blues (& the reds & the greens, for that matter) referred to the song were in tablet form. If one Stones’ song was written by Keith and Gram Parsons up in the Blue Ridge Mountains, ‘Sweet Virginia’ must have been it.

Tour Dates: A Cure For Depression

Back in the fall, we hinted that the venerable roots and Americana magazine, now webzine, No Depression would be hosting their own music festival this summer in Seattle, WA. Well,