If you didn’t think it was possible for Zooey Deschanel to get anymore adorable, then think again. The doe-eyed musician/actress will be featured on the  soundtrack to Disney’s reboot of Winnie

Back in 2005, the members of influential alt.country act The Jayhawks decided to go on an extended hiatus after touring behind their seventh studio album, Rainy Day Music. In the 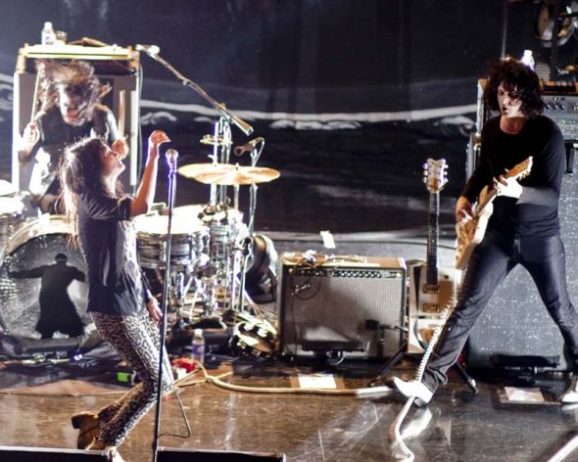 The Dead Weather’s final stop on their summer tour was Tuesday night under threatening skies in Brooklyn’s Prospect Park.  Thankfully the rain held off, but the thunder and lightning were in full effect on the stage.  Openers Harlem from Austin, TX played a nervous opening set of their stripped down fifties style surf/garage pop.  Focusing on their newest album, Hippies, they seemed to mumble and act a bit jittery until things picked up for final few tunes. This could be traced to Curtis O’Mara coming out from behind the drums to sing and play guitar on “Friendly Ghost” and “Faces”.

Tour Dates: And He Shall Be Levon

Last fall, Levon Helm, the former drummer for The Band, was forced into vocal rest after doctors found a non-cancerous lesion on his vocal chords. While the docs kept us

On March 16, The White Stripes will release Under Great White Northern Lights their first ever concert movie documenting the duo’s 2007 cross-Canada tour – the results of which will

This year at Hidden Track, we concocted a little experiment for our year-end Best Albums of 2009 list. Instead of picking the old fashioned way – subjectively – we opted for something a little different: a collaborative, collective list that incorporates the opinions of everybody here at HT.

To begin, we devised an all-encompassing list of around 100 nominees and populated it in a Google spreadsheet – essentially anything that anybody who writes for Hidden Track liked at all, made the list. Then we invited our crew of writers to independently vote on the whole list (omitting anything unfamiliar) on a scale of 1 to 20 (20 = five stars). We ended up with 33 voters with varying degrees of familiarity with the nominees; some folks voted on just about everything, while some just a few. From there, we eliminated anything that did not receive at least three votes, calculated the average scores, and sorted it. We took the top 25 scores and presto: the Hidden Track 25 Best Albums of 2009. No bullshit, no big opinions; just the results.

Skinny: Is it possible that The Dirty Projectors made an art-rock jamband album? With just nine tracks, Bitte Orca covers a lot of ground with a handful of songs that wind their way past the five minute mark – employing schizophrenic twist and turns that include sharp tempo changes, odd time signatures and everything from hand claps to harpsichords. The band has also impressed the likes of David Byrne – who recorded a song with them for the Dark Was The Night compilation – and The Roots who jammed with them at show at Bowery Ballroom shortly after they appeared on Late Night With Jimmy Fallon.

Back in the summer of 2007, the White Stripes embarked on a cross-Canada tour where the “brother and sister” act hit every province and territory across the country. Along with 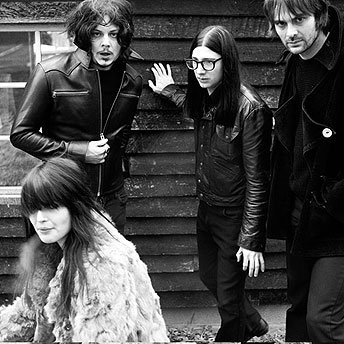 The Dead Weather’s cover of The West Coast Pop Art Experimental Band has Jack White and Alison Mosshart exchange these gruesome lyrics with giddy glee, but tonight it was the stretched out “fire” in the jamming of this tune that summed up the whole shebang.  Stretched out with raucous yet tight low end, a mean aura of keys and feedback with Rock and Roll showmanship combined to form pure, raw power.