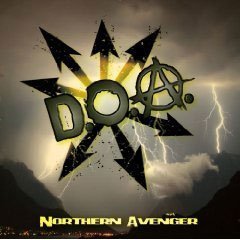 In the days where a huge corporate rock band like Rage Against the Machine reunites to enrich themselves under the guise of protest music, seeing a band who lived their message as DOA did is engaging and inspiring. When DOA was tearing up stages in protest to all they saw wrong with the world, there was no major label money, no big arena shows and no slick videos, just some kids trying to make a difference.