The 10th annual “Strummit” ran July 21-24, 2011 featuring over 15 bands on one stage, including three three-hour headlining sets by YMSB. This year marked the largest Strummit yet welcoming: the first official Thursday opening, the Cascadia Coffee House, a new forest hollow acoustic stage, free late night sets and an official Kinfolk Hall of Fame induction. Between the rolling green trails, sky-scraping trees, peacocks and endless acoustic jams the NWSS was truly a picker’s paradise that can only be summed up as “You had to be there.”

The gates to bluegrass Eden opened on Thursday, July 21 to the tune of Pete Kartsounes and Benny “Burle” Galloway. At dusk the evening turned into a Midwestern jamgrass haven featuring Chicago’s Cornmeal followed by Greensky Bluegrass from Kalamazoo, Michigan.

READ ON for more from Northwest String Summit…

As Yo La Tengo gears up for the start of their semi-annual eight-night Hannukah run at Maxwell’s, which gets underway on December 1, the Hoboken-based band has announced a unique

For those of you out there looking for something a bit different than the rock-heavy festivals this summer, look no further than the hip hop-centric Rock The Bells series. Now 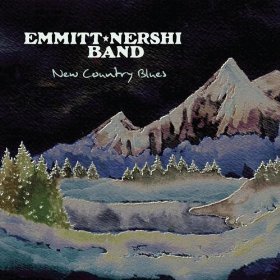 Emmitt Nershi Band is a newly assembled outfit that is comprised of two of the founding members of Colorado’s biggest acts on the jamband circuit, Drew Emmitt (Leftover Salmon) and Bill Nershi (String Cheese Incident).  On their studio debut, New Country Blues, they deliver a slice of breezy Rocky Mountain Americana complete with their blend of pickin’ and grinnin’.

If there’s pickin’ to be done, you could do far worse than Drew Emmitt, who thanks to his long tenure in Leftover Salmon and later projects like the Drew Emmitt Band, is one of the scene’s most visible mandolinists and bluegrass aficionados.

Never short on a strong opinion, Emmitt caught us up on all he has going on now, most notably a lengthy tour with the new Emmitt-Nershi Band (featuring Emmitt, Nershi, banjoist Andy Thorn and bassist Tyler Grant) and how getting back to basics — that is, the fun and fleet-fingered business of bluegrass — has been a blessing for both he and String Cheese Incident’s Bill Nershi.

With more on the horizon from the ENB, Emmitt’s band — and a stray Leftover Salmon reunion or two — it’s looking good that Emmitt’s year will finish better than it started, though if you’re holding your breath for that 40-date Leftover Salmon tour, it’s time to let go.

HT: Can you talk a little bit about how you and Bill decided to form a band together. Obviously you go way back and given the Colorado origins, have a lot in common as musicians and otherwise.

DREW EMMITT: Yeah, definitely. I guess where it started was we were at a benefit show in Boulder for the Mark Vann Foundation in 2007. We did some playing together there and just started talking backstage about how it’d be cool to play some bluegrass together. Later, I was down in Florida for a tour with my band and I heard from Billy. He said he was quitting String Cheese and wanted to put this band together and from that point on we’d planned to do it six months later so we’d have time to get it going.

If you’re not familiar with the story of Daniel Johnston, then immediately stop reading this post and find yourself a copy of the riveting documentary The Devil And Daniel Johnston.