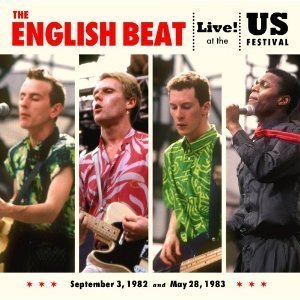 The English Beat: Live! at the US Festival

An ideal companion piece to The Complete Beat, the comprehensive chronicle of the Two-Tone band's recording output, this combination CD/DVD set captures the bulk of the Beat's two performances at the groundbreaking US Festival. And though the second of the two appearances occurred near the end of the band's initial run, they acquit themselves equally stylishly on a span of material from their three studio albums.