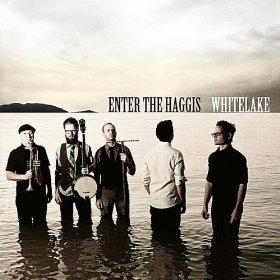 Toronto roots rock band Enter The Haggis reached their goal and then some while nailing it in- house through their own fundraiser, where to their astonishment, $40,000 came in over just a couple months to record their sixth studio album Whitelake. Bar band, they are not.  Enter The Haggis are an established international touring act whose Amazon ratings for Whitelake kill it on two pages with five star ratings.