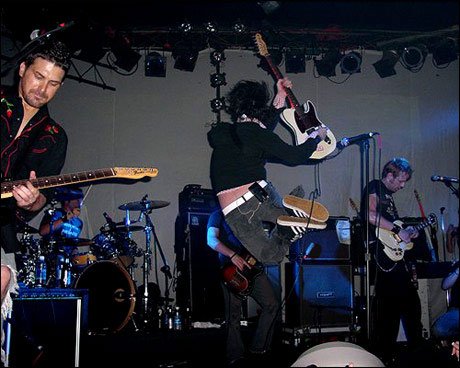 Waiting in the Middle East Upstairs as the roadies finished setting up for the fourth band of the night, I was reminded of Flickerstick's connection with the 2001 VH1 reality show Bands on the Run by those standing around the nearly filled 200-capacity club. This VH1 fame must surely get mentioned in every article that has since been printed about them, and for better or worse, this one will be no different. When the band finally took the stage at just past eleven o'clock, I understood, at least in part, why they won the four band, fight to the death competition based nearly completely on their live show. 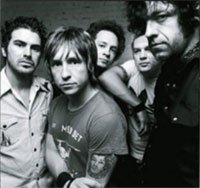