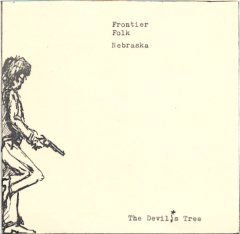 Desperation and salvation often have a parallel existence as evidenced by the role of religion in in the worst of times. Perhaps it is the hope of a better life to come, that light at the end of the tunnel, that allows people to hold on in these dire times. More likely it seems, in this band's view, it is the resolve of faith more than any real optimism. Frontier Folk Nebraska mixes Dust Bowl desperation with Bible Belt religion for an album that chronicles the struggle of faith in trying times.