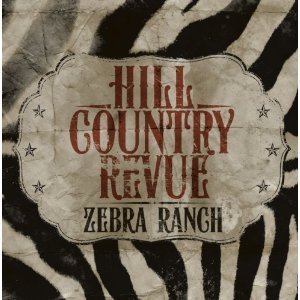 Hill Country Revue are at the vanguard of a new generation of Southern rockers and, like their illustrious forebears The Allman Brothers Band and Lynyrd Skynyrd, the band blends blues and country music with hard rock hearkening to 60’s icons The Jimi Hendrix Experience and Cream. HCR’s no-nonsense attitude makes the mix work without allowing themselves to slip into the caricatured stance that afflicted generic Dixie rock of the Seventies.

Earlier this year the Dave Matthews Band announced that they’d be taking all of 2011 off from recording and touring, with DMB currently scheduled to conclude their year with two

It’s been a little over a year since Cody Dickinson and Chris Chew of the North Mississippi All Stars decided to stretch their musical wings out by forming a new band with a new direction. The result is a high energy, rock and roll blues act called Hill Country Revue. While Chew remains his rock bottom steady self on bass guitar, Dickinson climbs out from behind the drum kit to play lead guitar (along with electric washboard, piano, some drums and vocals as well). They are joined by Daniel Robert Coburn on vocals and harmonica, Kirk Smithhart on guitar, slide guitar and vocals, Edward “Hot” Cleveland on drums and Garry Burnside on electric guitar, bass and vocals.

It’s been a few short weeks since Hill Country Revue’s debut album, Make A Move, hit the streets and the buzz has been stellar – with the album charting on the Billboard Blues chart. While the general feel of the album is gritty rock and roll that is very heavily steeped in the blues, there is a difference that defies such generalizations. You can give it any name you like, gospel, soul, swamp boogie, whatever, it won’t change the fact that Make A Move will make you “shake your ass” as Coburn sings in the self titled second cut on the new disc.

Cody Dickinson checked in from the road recently to catch us up on what’s been going on with the band and their summer tour plans.

A.J. Crandall: I noticed you are playing a lot of festivals this summer. Are you looking forward to any of them in particular?

Cody Dickinson: Oh, yeah. The line up for All Good looks so cool. We’re really excited about that one.

AJ: I’ve really been looking forward to this weekend to Bonnaroo, that’s my big trip of the year.

CD: I’m going to be there, playing guitar with Jerry Hannan . Unfortunately Hill country is not on the bill, maybe next year. But I am playing on Saturday afternoon; you should definitely check it out.

READ ON for more of AJ’s interview with Cody Dickinson… 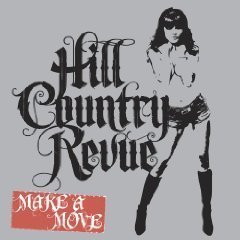 When The North Mississippi Allstars' Luther Dickinson began working with The Black Crowes, his partners, brother Cody and bassist Chris Chew, formed Hill Country Revue, whose music is a composite of the raw early sound of The Allstars and the riff-heavy style of Lynyrd Skynyrd,

While Luther Dickinson has been spending his off time from the NMAS as a member of the Black Crowes, his band mates brother Cody and Chris Chew have a side-project