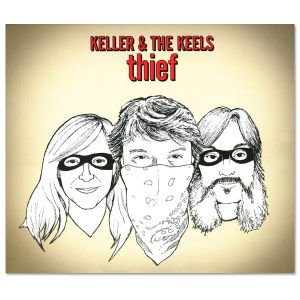 Normally cover albums draw a lot of skepticism as they tend to be just excuses to pump an album out, which is usually comprised of shoddy renditions of popular artists's song.  And the same could be said about Keller Williams and the Keels' new release, aptly titled Thief, if it were not for the oddly redeeming but sparkling choices presented in this collection.