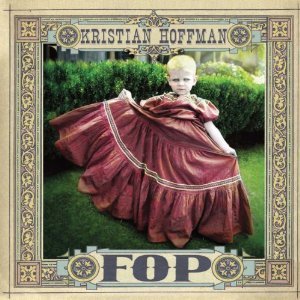 No one can accuse Kristian Hoffman of playing it safe. Rather than aping the trends of current pop music, Hoffman draws his influences from 60’s rock and pop, theater and even vaudeville on Fop. Hoffman imagines himself a modern-day David Bowie and spends large portions of the album trying to live up to that self-billing. At times it works – such as in the glam rock of “Mediocre Dream” – at times, not.