Megadeth Offer More Pulverizing Thrash On ‘The Sick, The Dying … And The Dead ‘ (ALBUM REVIEW)

This late into a musical career, bands often go on autopilot, but Megadeth is still putting out music that rivals anything in the metal scene. After a couple of missteps,

Leslie Michele Derrough May 28, 2012 No Comments

Do you ever wonder if professional musicians are really happy? They claim to love their time on the stage but most of the other hours tend to be a series of bus rides, generic dressing rooms, interviews with journalists and lots of sitting around doing nothing. After a while this can become insanely monotonous. But if you listen to Megadeth’s bass player Dave Ellefson talk, you get the impression that life on the road and in the studio is nothing short of total bliss.

And what exactly did Megadeth give to the loud and excited crowd? One hell of a show. Getting all riled up over some fan’s stupidity only invigorated the band to play a balls-to-the-wall locomotive set, culminating in a masterful fire-breathing dragon of an instrumental orgy of “Holy Wars/Silent Scorn”. Proper credit has never been given to this band, much less for their guitar onslaughts, grown ever more vigorous with the addition of Broderick in 2010. There is definitely a new fire in their soul, which is apparent on old Megadeth standards “Peace Sells”, “Symphony Of Destruction” and “A Tout Le Monde”, which saw Lacuna Coil vocalist Cristina Scabbia joining the gravel-voiced one for a duet.

We round up some of this week’s tour date announcements in one handy column. 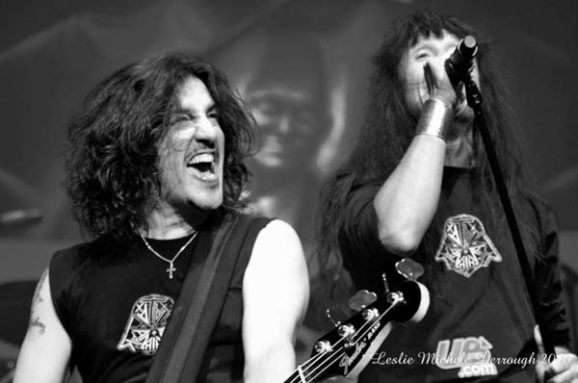 Featuring three of the biggest bands in the thrash/speed metal genre, the Jagermeister Music Tour has been rumbling across the states like a hell-bent tornado, sweeping up fans and tossing them into a whirlwind frenzy. Loud, fast, sweaty music never sounded so, well, entertaining. 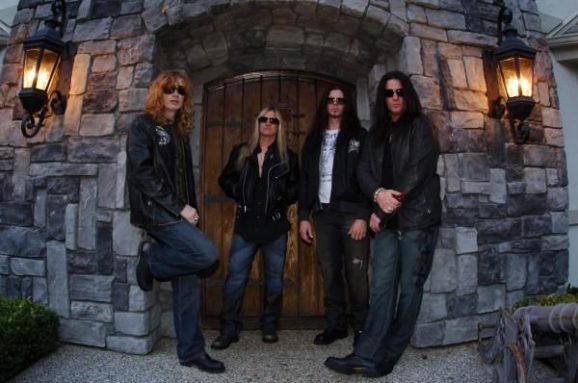 James LoMenzo is not just a man with an impressive resumè (he’s written and performed with the likes of Ozzy, Slash and Zakk Wylde, White Lion, just to name a few,) he’s also a man with impressive enough chops to make Mustaine himself lament during the tryout which LoMenzo nailed right out of the gate “I should have hired you sooner!”