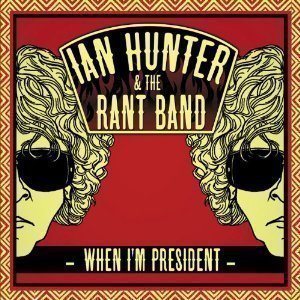 Some of the greatest songwriters invariably have some of the greatest backing bands. Bob Dylan had the Band, Graham Parker had The Rumour, John Hiatt had the Goners (and now The Combo) and Ian Hunter has The Rant Band. The vibrancy with which they bring to life the material on When I'm President reaffirms why the former frontman for Mott The Hoople chooses to share headline status with them on his 20th solo album.

As has become par for the course in recent years, reunion-mania is sweeping the music world. The latest group that to join the fold is ’70s glam-rockers Mott The Hoople