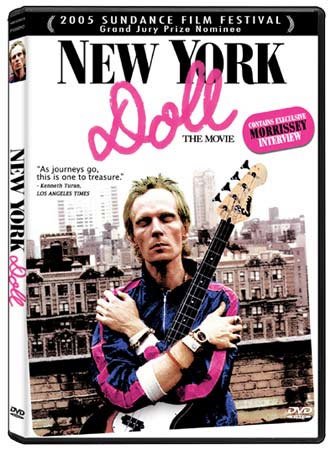 New York Doll tells a story that touches the soul as the band prepares for their reunion show after 30 years. Arthur “Killer” Kane is as lovable character as there is and one is left wondering what could have been if the boys could have worked out there problems instead of breaking their band. They directly influenced so many bands that include The Clash, The Pretenders, The Sex Pistols and so many others would not be what they were if it were not for the New York Dolls. “Too Much Too Soon,” a great title for their second album and a great description of what happened to those young impressionable New York Dolls when fame was knocking at their lip stick laden, glittery front door.