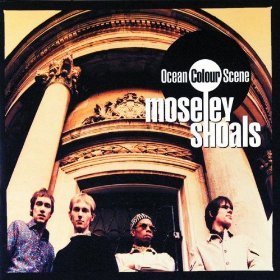 Ocean Colour Scene is kind of a big deal in England. While five top ten albums and six top ten singles across the pond have made them a household name, after forming in Birmingham in 1989, the Brit-pop band never made noise in America and thus their musical high point, 1996’s Moseley Shoals, has gone relatively unheard in the states. Let’s remedy that. While an album that has sold over a million copies can hardly be thought of as a lost treasure, for most in America, Ocean Colour Scene will bring blank stares.