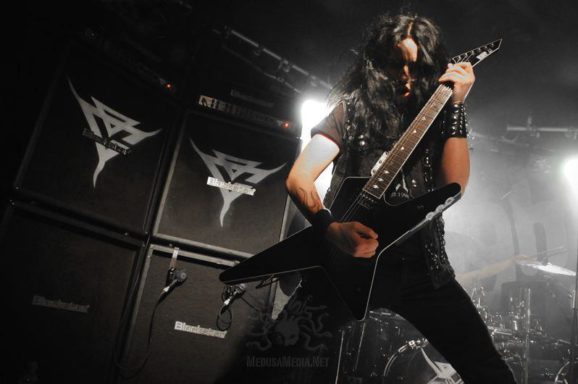 He is standing on the edge of a stage, long dark hair swirling around him as he rips his guitar strings into a pathological scream for mercy. Being the latest in a respected line of guitar players that Ozzy Osbourne has discovered and bred in his fertile solo band, Gus G is playing his heart out. But what some fans don’t realize is that Gus is not a virgin ingénue. He has been playing guitar since a little kid and in more bands – at one time – than most musicians play with in their entire careers. And now one of those bands is starting to cause a ripple outside of their native Greece with the release of Few Against Many.