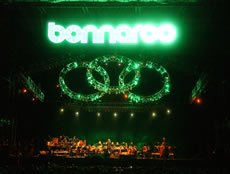 Now in its fifth year, Bonnaroo has hit an unparalled stride. With stellar performances, numerous sit-ins and a festival setting unlike anywhere else, the annual trek to Manchester, Tennesee has become an essential summer roadtrip. 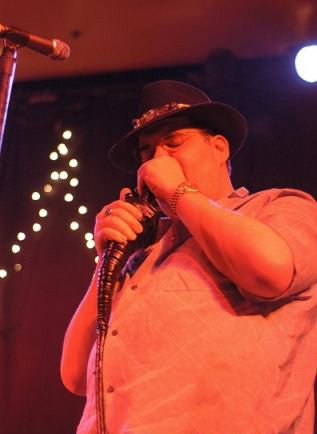 With an inaugural invite to Bonnaroo, solidified cast and yet another album under their belt, John Popper and co. have somehow managed to weather the music business storm for close to two decades. To catch up, we sat down for a quick “12 questions with Popper.” 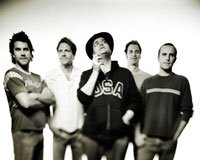 Blues Traveler: The Moment of Truth

If we learn from times of hardship more so than in times of joy, the founding members of Blues Traveler should be members of Mensa. Enduring a motorcycle crash that almost took the life of frontman John Popper, followed by angioplasty, major industry struggles, and the tragic death of bassist Bobby Sheehan, they were inevitably brought to a fork in the road, where one path went to what could have been, and the other straight ahead to reinvention. Truth be told, they chose the latter.