We keep our eyes peeled for new tour dates announcements each week and compile them on Tuesdays.

Video: Booker T. & The Roots – Everything Is Everything

As we’ve previously reported, on May 10 the legendary Booker T. Jones will release the follow up to his 2009 Grammy winning album Potato Hole

, with The Road From Memphis. This time around Jones has recruited the hardest working band in show business – The Roots – to serve as his backing band as well as an impressive roster of talent to make guest spots on the record (Sharon Jones, Lou Reed, Jim James, Matt Berninger).

READ ON to check out the video for Booker T. and The Roots’ instrumental cover of Lauryn Hill’s Everything Is Everything…

It’s looking like 2011 is going to be a banner year for new music as you can now circle May 10 on your calendar, because you’re going to want to

There were plenty of rumors circulating that Prince would perform with Lettuce and Maceo Parker at Brooklyn Bowl for last night’s Soul to Soul II benefit, but The Purple One

With a seemingly rotating door on music festivals over the last handful of years it’s assuring to know that you can continually count on the Newport Folk Festival to be there year in and year out, offering up a high quality and diverse lineup in one of the most serene settings imaginable. Returning once again to the historic Fort Adams State Park, the fest delivered an amazing swath of artists from folk to funk and everything in between.

Much like how there are those musicians that are referred to as a “singer-songwriter’s singer-songwriter,” well now after having attended Newport Folk the label of a “music fan’s music fest” might be the best way to describe it. With three stages and 30-plus acts to choose from, it seemed relatively easy to plant yourself in front of one stage for the day – like many did – and take in all the action. For the ambitious music lovers though, the close proximity of the Fort, Harbor and Quad stages made it a breeze to catch an impressive amount of music over the two-day span.

Saturday kicked off with one of the fest’s biggest success stories – The Low Anthem – who just three years prior were picking up trash as on-site volunteers and now found themselves with a main stage slot. The Providence-based band showcased their gorgeous folk music, which features an odd menagerie of instruments – crotales, harmonium and clarinet – along with the obvious guitar, bass and drums. Taking in just a handful of songs, which was highlighted by a sublime take on Apothecary, and their interpretation of Rev. Gary Davis’ Sally Where’d You Get The Liquor From?, I had to pulled myself away from really the one lone conflict of the weekend to see a full set from A.A. Bondy.

READ ON for more of Jeff’s recap of Newport Folk… 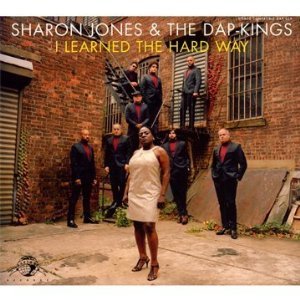 When you listen to old-school soul singer Sharon Jones and her brassy Dap Kings, you get the sense that if you dropped your iPod the recording might begin skipping like a vinyl release. Such is the case with I Learned The Hard Way, her latest collection of retro R&B which hits all the right notes Jones nailed on her prior release 100 Days, 100 Nights.

At this point in his illustrious career, David Byrne has earned creative license to basically do what he wants in regards to putting out new music – even if the

With festival season about to kick into high gear in the coming months the latest addition to the ever growing circuit comes in the way of the UK-based Truck Festival, 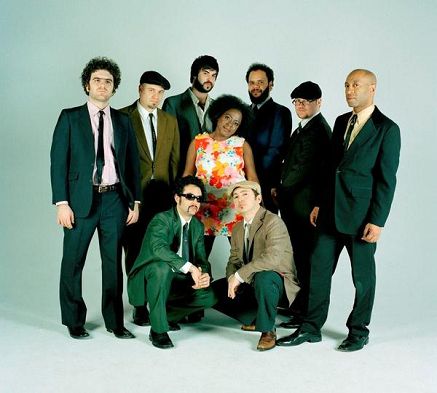 Sharon Jones has officially arrived. With her sold-out show at the Beacon Theatre, the 51-year-old soul singer reached a significant point in a long, fractured career.