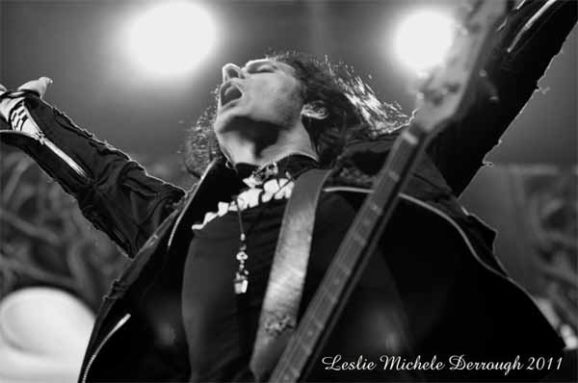 Leslie Michele Derrough May 10, 2011 No Comments

Todd Kerns is having fun. The 6 foot, 4 inch bass player is running from one end of the stage to the other like there was nothing else in the world but rock & roll. And how could you blame him. He’s on a stage in Jacksonville, Florida, playing in Slash’s band, just tearing it up on the last night of their stint opening for Ozzy Osbourne. Tomorrow, they will leave for Australia, Asia and South America. But tonight, they are rocking out, feeling the high of a show that is kicking ass. And Todd Kerns is loving every minute of it.