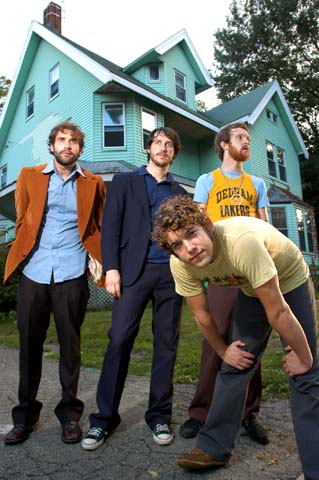 Apollo Sunshine kicked off a tour-closing set in Northampton’s Iron Horse Music Hall to a crowd of starry eyed teens whose presence at a gig that started past 11:30 had to have broken a few curfews. The Iron Horse has long been known as the groups “home-base,” so to speak, and seeing as this was the last set the group would be playing before going on a lengthy hiatus, they made sure to put the extra effort into the set for their hometown-fans.