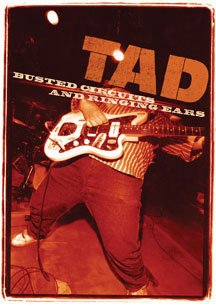 Tad is the forgotten band of Seattle's grunge explosion, but there is a case to be made for them being among the scene's most important artists. In Busted Circuits and Ringing Ears, it is said that in 1989 "Yeah, I'm friends with Kurt," meant Tad bassist Kurt Danielson, not Cobain. They were perhaps the loudest and rawest of the bunch, giving even Mudhoney a run for their money.