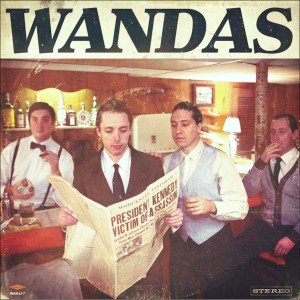 A large thematic portion of The Wandas debut album appears to be focused around the idea of chasing after love, or quite possibly the missing out on that existence.  Listening to the instrumentation of the majority of this album, it wouldn’t be as apparent to interpret the lyricism as depressing matters; it nearly is disguised.   That could be viewed as a success in terms of expressing, or changing, that idea within the sound that makes up this band.