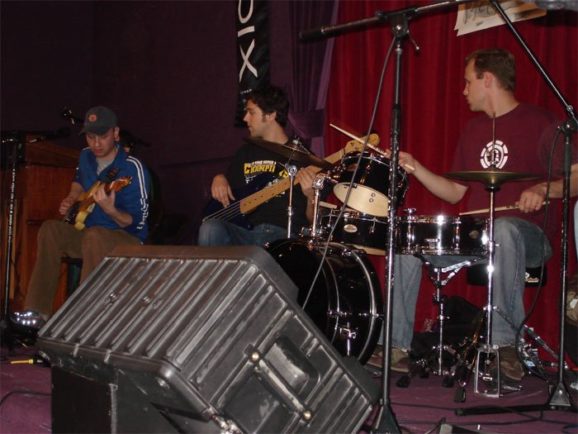 In support of their new album Safety in Numbers, Umphrey’s McGee has hit the road to criss-cross across the U.S. as well as parts of Europe and Canada this spring to spread their musical message. On this odyssey they made a brief swing through Oregon to play an in store performance at Music Millennium, as well as a full two set show at the Roseland Theater. Both shows were well received, and although they were not the best Umph’s performances I have ever seen, they still contained glimpses of brilliance that show why they are one of the strongest jam-rock bands.