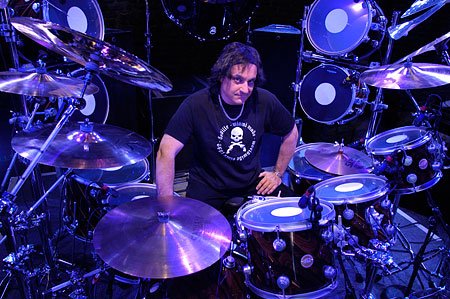 When you hear the name Appice, you know good, solid, mammoth drumming will follow. With older brother Carmine leading the way into rock & roll by playing with Vanilla Fudge, Jeff Beck, Rod Stewart and Ted Nugent, it was inevitable that his younger brother would pick up the sticks and follow right along behind him. Carving out his own niche keeping the groove with such metal legends as Black Sabbath and Dio, Vinny Appice is back on the beat with his new band Kill Devil Hill.