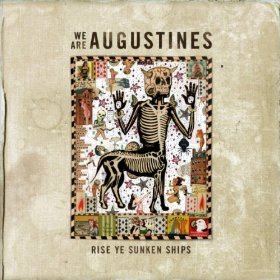 Rise Ye Sunken Ships, the debut album by We Are Augustines, is a raw meditation on the loss, pain and hardships that have encompassed the band members. Guitarist Bill McCarthy and bassist Eric Sanderson began penning the songs for what would have been the sophomore album of their previous band, Pela. While writing and recording the tracks, the band feuded with management, the record label and with themselves while McCarthy tried to cope with news that his little brother, James, had committed suicide at a psychiatric hospital.