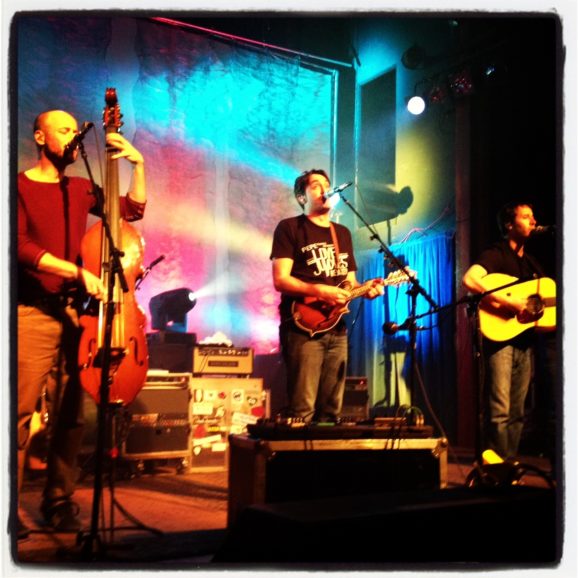 Having just wrapped up their first leg of the 2013 Winter Tour, Yonder Mountain String Band set their sights set on the western states with a swing through the desert valleys and mountain towns of New Mexico, Arizona, Utah, Montana, and Colorado. Their journey brought them to Flagstaff, Arizona to play their now annual show at the Orpheus Theater. White peaks, blue sky and a mountain sun greeted the band and bluegrass music-lovers in this picturesque mountain town. As if the weather wasn't adding enough excitement, Yonder Mountain had announced that Jason Carter of the Del McCoury Band would be joining them on fiddle. An old school, mountain jam was brewing.

After passing the last three weeks playing in the south, Yonder Mountain String Band set their sights on returning to their comfort zone: the mountain towns out west. In Flagstaff, Yonder holds a history of playing their brand of high-energy bluegrass to electrified crowds and this Orpheum show was no different.  Yonder arrived on stage around 8:30 pm  as Jeff Austin greeted the crowd enthusiastically. “Nice showing Flagstaff, and it's a Tuesday!”