Before shifting its focus to music, SXSW encompasses Internet/technology and film. As you might expect, the tech portion has grown in importance in the last few years and those here for that part of SXSW cast mocking glances in my direction whenever I make use of my Blackberry. This Tuesday afternoon, it’s interesting to walk around downtown Austin as the festival starts to shift its focus to its noisiest and rowdiest component. The gigantic Dominos stage that irked Father John Misty last year is in the process of being built and many of the outdoor stages still look like the parking lots and vacant fields that they are the other 51 1/2 weeks of the year. The tech kids are taking fabulous photos for their Instagram pages. No such luck for me, I have a Blackberry and had to research what Instagram is – twittering with pictures – all hail illiteracy?!?!

Walking up Red River towards Mohawk, I pass Metal & Lace, which I have been told was the subject of some TLC or Food Network Gordon Ramsay renewal TV project. It’s a sunny day and Metal & Lace is too dark, metally and headbangery. Plus, I hear the locals aren’t impressed by the attempted rescue of the bar (which may have once called Headhunters, that was also dark, metally and headbangery). After getting to Mohawk in time to hear Thurston Moore bash out the last notes of Chelsea Light Moving’s set, I opt to not stick around for Delorean. I think they’re electro-dancey and quite frankly, the car really doesn’t travel through time.

Club Deville’s outdoor stage is a more inviting locale, plus there are scattered seats. Ivan & Alyosha play a set of relatively pleasant and enjoyable guitar rock while most of the crowd struggles to determine if they Russian. (We conclude not and are thus puzzled by the name). Lucius follows and becomes the first pleasant surprise of SXSW 2013. Fronted by two female singers in identical flowery dresses, the five-piece relies heavily on drums and harmonies while riffling through a nice set of country blues and upbeat rock. Of course, they are from Brooklyn – always good to fly 1,000 miles to avoid getting on the L train.

During Lucius’ set, I receive an e-mail from SXSW telling me not to show up for the NPR showcase because I’m not getting in. Unless Nick Cave, Cafe Tacvba, the Yeah Yeah Yeahs and Alt-J are bigger than I think, this seems presumptuous on SXSW and NPR’s part. While last year’s showcase had lines around 7 blocks, it did feature Fiona Apple’s return and one of the few sets by the Alabama Shakes. Then again, maybe they know something I don’t.

The Polyphonic Spree are next at Club Deville. I recall them being some sort of 80-person conglomeration of talent but this clearly isn’t so – or at least no longer so. Whoops – never trust sound check. Here comes an onslaught of singers in robes that come from the same collection as worn by the Lucius women. The Spree’s set is essentially a Beatles’ Day-Glo orgasm of sound. With horns, keyboards, strings and a female chorus selling nearly everything, the Polyphonic Spree are a near religious experience. Then again, they may be some sort of musical cult that lure you in with their siren songs of peace and love.

It should be noted that many people here look like Marco Benevento.

Wild Cub from Nashville play a very electro-indie and decidedly non-country set. It should also be mentioned that it was quite good.

This appears to be a Invisible Children showcase to celebrate the fact that the Polyphonic Spree and The Very Best toured Uganga. The latter close out the showcase with tropical set of heavy reggae geared towards getting moving and dancing. Most SXSW crowds aren’t down for some dancing but this one is game and The Very Best have everyone throwing around inflatable trees in no time. Of course, they drag every woman in the audience up on stage. Airee! Bringing up all the drunk guys – eh, not so much.

Over at the semi-official SXSW event at The Parish, Shakey Graves has drawn a mighty crowd. With an acoustic guitar kicking out as much sound as an electric, Graves proved a captivating performer. Drawing the crowd in with his words as much as the guitar, his set ended just as he captured the crowd.

With the line outside of Viceland for a Wavves, Japandroids, Divine Fits bill reaching absurd lengths and overhearing the simple statement that “we’ve reached capacity,” it quickly becomes a roots night. At The Bungalow, Reverend Peyton’s Big Damn Band proved every bit worthy of their name. The brawny, amply bearded Rev. Peyton preached eloquently in support of the majesty of the rural blues. With his wife, the wide-eyed manic vixen Breezy Peyton, playing washboard and Aaron Persinger, their biker-clad drummer, wailing on a kit that included a spackle bucket, Peyton deftly and furiously twanged a Resonator guitar as well as a cigar box three-string while cranking out an assortment swampy, blues-based rave ups. “You will see a bunch of people making use of laptops,” Peyton bellowed at one point. “All we use is these two hands and six strings,” he continued before demonstrating how to play bass and lead all at once. The music was viscerally powerful but the closing image of Breezy lighting her washboard aflame may tell you everything you know about this Big Damn Band.

Down the road at Blackheart, The Spirit Family Reunion embodied the ethos of the Newport Folk Festival. Using just a single mic – a la The Soggy Bottom Boys – the Spirit Family’s authentic acoustic folk came dangerously close to being drowned out by an overly chatty crowd. Unconsciously, those near the front of the stage gathered closer and a collective bubble formed in which the loud babble from behind was collectively ignored. Their final song, which included help from Hooray For The Riff Raff, ended with an a capella singalong that was a fitting finale for the set.

Viceland was still a closed shop but as it’s an outdoor venue right on street level, you could get an obscured view of Japandroids with perfect sound from the sidewalk. The line outside Hype Hotel provided a perfect example of the SXSW roller coaster of emotion. For ten minutes, there’s pretentious fuming about having to wait in line as a badge holder only to be let in time for the band you want to see and then two minutes later winding up in the VIP section through a set of fortunate circumstances.

[Photo of Japandroids via @spinnerpics]

At the Hype, Ra Ra Riot put on a set of electric pop that was more energetic and electronic than I recall them being. The violin and cello are hardly used in their chamber room contexts. However, the headliner for the night was Cold War Kids. New guitarist Dann Gallucci fits in well with the band and he has quickly adopted the staunchly committed demeanor and communal mien of the band. Mixing material from their upcoming album with We Used To Vacation, Hospital Beds and Something Is Not Right With Me, CWK reestablished themselves as a band that can not only tell a short passionate story in song but back it up with weighty hooks and memorable riffs.

I have been informed that I have been misled about the extent of our expense budget. Rather than unlimited, it is apparently non-existent and apparently phrases like “Hidden Track doesn’t know any Schultz” and “Schultz, why would you ever think that” have been liberally tossed around. Fair enough – but what do I now do with the 100 Spirit Family Reunion shotglasses, 50 Polyphonic Spree sweatshirts and burnt Breezy Peyton washboard I’ve expensed? Jann Wenner would never leave Hunter hanging like this. 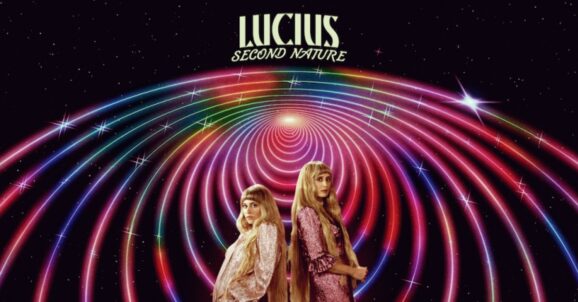