Steven Wright – I Still Have A Pony

We all knew Steven Wright was on to something with his 1985 Grammy-nominated CD, I Have a Pony…but did he?   It took 22 years to make another CD but not for lack of lackluster or deadpan-ability.  I Still Have A Pony, released on Comedy Central Records last month, proves that he’s still got it…Pony and all.

“I have one joke that I particularly like. It goes, I was in a restaurant and a menu said you could order breakfast anytime, and I ordered French toast in the Renaissance.”

That sums it up…Steven Wright’s warped and wonderful spitball on the mundane minutia of life.  It’s the familiar happenstances and day to day dialogue that for most of us, goes in one ear and out the other.  But in Wright’s case, there’s a hell of a lot of genius that occurs between the ‘going ins’ and ‘going outs’.   He then decodes it with a Boston brogue and a monotone pulse that’s constantly on the verge of flat lining.  It’s not a planned performance; it’s simply Steven Wright being Steven Wright, as he himself will attest, “ That’s how I talk…it’s just me”.  When he first started stand-up, Wright would concentrate very hard on saying the joke the right way and that serious persona became his signature delivery.   His material is uncalculated as well, as he unloads his ‘stream of consciousness’ on us.  I call that natural talent, he calls it luck: “I’m very fortunate because my material was always just what I thought was funny.  It was never like, ‘I think I’ll do one-liners’…it just happened naturally.”

Born in Burlington, Massachusetts, Wright found his passion as a teenager from watching the king of late night himself, Johnny Carson.  “He had comedians like Robert Klein, David Brenner, George Carlin and Pryor.  I remember thinking, ‘I really want to be one of those guys,’ Wright recalls.  Drawing and painting at an early age, Wright’s mind had many creative compartments.  He landed aptly at Emerson College, which he considered to be one of the dividing lines in his life.  “I was surrounded by very creative characters.  That affected me more than what I actually learned from the teachers”, he explains.  A mass communications major, he aspired to be the ‘funny guy’ on the radio, never expecting the stand-up gigs to come through.  “Radio was going to be my ‘real life thing’ cuz stand-up was such a dream”, he tells me.  The stars must have been perfectly aligned because after performing for only three years at a local Boston comedy club, he got his big break.  Peter LaSalle from The Tonight Show came to look at colleges for his son and happened to see him in The Ding Ho Comedy Club.  “My life changed overnight.  It was like a fairytale”, Wright adds.

After appearing several times on The Tonight Show, Saturday Night Live and Late Night with David Letterman, Wright expanded his comic routine with his 1985 debut CD and two HBO shows (“A Steven Wright Special”/ “Wicker Chairs and Gravity’). He’s acted in more films than one might have imagined and co-wrote and starred in One Soldier and The Appointments of Dennis Jennings, which earned him an Academy Award for Best Short Film.   Steven’s take on the big screen: “There’s a lot of stuff in my head that comes out in my films.  I’d like to write a full length screenplay one day.”  As for Hollywood, he’s been there, done that ..with much reluctance.  “I always felt like I was visiting, even though I lived in Los Angeles for 11 years.  I’m happiest back east, here [Massachusetts] at home”, he states.

With all his success on both the big and small screen, why did he wait 22 years to release his second CD?  “The first album became so well known that I couldn’t do a lot of those jokes live.  I wasn’t sure I could follow it up with another one right after that.  Instead I decided to keep performing live and building up material.”  So what was the impetus to release his second CD,  I Still Have A Pony?  Wright felt he needed to reach a younger audience as he says half-jokingly, “I realized that the people in college now weren’t even born or were like five years old when I did my last HBO special.”   So in October 2006, Comedy Central aired his one hour special, “When The Leaves Blow Away”, which received tremendous ratings.  Following soon after and based primarily on this show is his second CD,  I Still Have A Pony.  And he still does.  The only difference being that 20 years later, there’s new gadgets and buzz words creeping into the dialogue —  iPods, cell phones and plasma screens, to name a few.  One of my personal favorites:

“My nephew has HD-ADD: High definition attention deficit disorder.  He can barely pay attention, but when he does it’s unbelievably clear.”

I’d just like to know his secret, but according to him it’s quite simple:  “The best jokes are the ones sitting there for years and years…the ones no one notices until you say them.”  If it were that simple, we’d all be comics.  His response:  “My mind must be searching when I don’t even know it is.  Every minute there’s hundreds of thousands of pieces of information that come by you in a conversation or reading a book or when you see a truck backing up and there’s some sign on the side of it.  Some of it just leaps out at me as jokes.”

Before ending our conversation, I had to know who, if he had his choice, would he trade jokes with on stage?  He answers without hesitation, “Definitely George Carlin.  His ideas just blow me away.  I wonder how his mind sees things the way it does.”

It’s funny how sometimes we can’t see in ourselves what we admire in others. 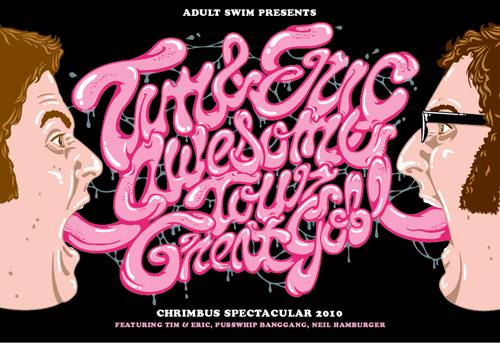