Literally the morning after Marvel’s Agents of S.H.I.E.L.D debuted on ABC to almost 12 million viewers, Fox announced a series order for Gotham, which will explore the early years of Detective Jim Gordon, future police commissioner and friend of Batman. While it seems certain that the prequel of sorts won’t include Batman, the show, strangely enough, promises to showcase the villains who “made Gotham City famous.”

Tapping pre-existing universes with built-in fan bases can definitely be an intelligent move; viewers kept the Superman-prequel series Smallville on the air for an entire decade. Gotham will be overseen by Bruno Heller, creator of The Mentalist, and the network has already promised to air the series, even before the pilot has been cast and shot. For fanboys across the world the coming of Gotham is exciting news, but it sure raises plenty of questions. Here are four of them.

Is DC just trying to play catch up with Marvel’s on-screen efforts? There’s no doubt that Fox chose an auspicious moment to greenlight a prequel to Batman. Much like DC’s decision to start building a DC cinematic universe with a multitude of its characters (complete with “Batfleck”) came after Joss Whedon’s The Avengers became a Hulk-sized smash hit, the Gotham announcement creates the impression that DC’s eating Marvel’s creative dust. And while the Gotham City Police Department is traditionally in no way similar to the tech-savvy agents of S.H.I.E.L.D., the Fox series will need to take a very different route to avoid comparisons. Without the finances or superhero technology of the Dark Knight (or S.H.I.E.L.D.), expect Jim Gordon to rely on his smarts to take down the criminals of Gotham City.

Will the series be influenced by Gotham Central? Ed Brubaker and Greg Rucka’s short-lived, critically acclaimed series is some of the best storytelling you’ll find in comic books. Period. Its gritty storylines, muted colors, and surprising focus on the difficult day-to-day life of detectives dispensing justice in a hellish city are remarkable. No one has done a better job of exploring the everyday people of Gotham. Furthermore, it beautifully combined the most reliable of TV formats — the big city procedural crime drama — with one of the most popular franchises in pop culture history. It’s a perfect template for a Batman show without Batman.

What characters can we expect? Batman won’t be showing up. Still, a show set in a familiar setting that focuses on the less-super (and decidedly cheaper) characters works on a TV budget. Besides, Gotham is a rich setting with a peculiar, dark, and substantial history. Individuals already known for working in the G.C.P.D. like Renee Montoya and the hot-headed Harvey Bullock would be smart, layered characters to accompany Gordon. But what about beyond that? Will Gotham feature anything about the Wayne family? Or how about the staff and inmates of the perpetually creepy Arkham Asylum? Plus, if Gotham takes place before the rise of Batman’s rogues gallery — it’ll need to take a very different route by focusing on common mobsters and maniacs as much as it does any iconic villains. The more supernatural aspects of the Batman mythology will surely be downplayed for television, so count on seeing an early incarnation of The Riddler or Black Mask as the Big Bad instead of someone like Clayface, Killer Croc, or Mr. Freeze.

Honestly, how excited can you get about a Batman TV show that doesn’t have Batman? While Smallville provided audiences would watch a show for ten years without seeing the famous hero in his trademark costume, viewers like to focus on a story’s most interesting characters, not the background players. Meanwhile, even Batman’s experiences on the small screen have been a mixed bag of batarangs. From the polarizing campiness of Adam West’s Batman to the unrivaled brilliance of Batman: The Animated Series, the city of Gotham has provided a flexible venue for storytelling. But, let’s not forget that there’s already been one attempt at a primetime Batman series without Batman in 2002’s Birds of Prey, which was rightfully cancelled after 13 episodes. Since we’re now living in a post-Christopher Nolan Batman universe, perhaps the stakes and expectations are higher. And if the Gotham showrunners hold true to their initial promise, Jim Gordon won’t be able to light the Bat-signal when times (or ratings) get tough. Here’s hoping Fox will somehow give us the series Gotham deserves and the one it needs right now. 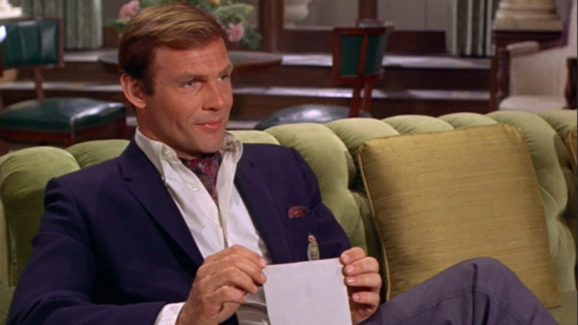 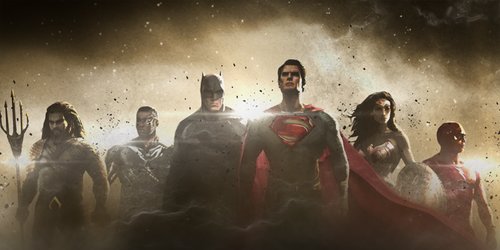