Unless the internet is punking us all again with Twin Peaks gossip, it looks like co-creator David Lynch is filming some kind of Peaks-related “promo” today in Los Angeles. Fans of the horror-comedy-detective-soap have been trolling the internet with rumors as of late, but this latest news seems to be somewhat legit. Earlier this week, Sande Alessi Casting posted a very specific request: Apparently Lynch is looking for a “HOT Caucasian girl – BRUNETTE OR REDHEADS ONLY to play waitress.” Futher, “Age 18-27. MUST have an amazing body. Busty, very period looking face.”

Many writers are speculating this “promo” has something to do with the series’ upcoming Blu-Ray box set, which will likely feature deleted scenes from the Fire Walk With Me film. Others (including co-creator Mark Frost) are labeling the casting call a “baseless rumor.”

Either way, it’s fun to dream about this surreal, thought-provoking, cancelled-far-too-soon series. Since we’re already in the spirit, here are our 10 Best Twin Peaks Scenes. (SPOILER ALERT, obviously.)

10. Leland has a breakdown

What other show can make you physically squirm from discomfort, cover your eyes from horror, and die from laughing? This scene, in which a distraught Leland breaks into a disoriented dance, nails all three emotions simultaneously.

Take it away, White-Haired Leland!

There’s so much to say about this incredibly awkward scene. James, Maddy, and Donna are the ultimate power-trio, besting both Rush and Cream in their sonic brilliance. Utilizing a microphone and electric guitar (though zero electricity), James helps ease their mutual pain of Laura’s death with the soaring ballad “You and I.” The hypnotic backing vocals, the blissful arpeggio, James’ pubescent falsetto — it’s both hilarious and slightly sad.

Here we get a horrifying first look at Laura’s murder. Ronette, who survived the brutal ordeal, awakes from her first season coma with a vividly disturbing dream of Bob’s gruesome midnight attack. The shot of Laura scream (complete with vampire teeth) is pure Lynchian greatness.

Oh, dear. This one is almost awkward for me to write about because, well…it’s all about the sexiness of my pop-culture crush, Audrey Horne. This scene establishes Audrey’s magnetic sexuality — along with the seductive, intangible mystery of her character. After a conversation with Donna in the Double-R Diner, Audrey suddenly stands, enraptured by Angelo Badalamenti’s cool-jazz score, and succumbs to a trance-like sway. It’s impossible to pry your eyes from the screen.

Grief can really screw with your head. But in Sarah Palmer’s case, it leads to a terrifying vision of a creepy demon-hippie hovering near your deceased daughter’s bed. Though the superimposed Laura-Donna head is awkwardly dated, it’s hard to imagine a more jolting scene than Bob’s first appearance — or Sarah’s subsequent scream.

4. Mike, the one-armed man, and his nightmarish soliloquy

“Through the darkness of future past, the magician longs to see / Once chance out between two worlds — fire, walk with me”

Federal Bureau of Investigation Special Agent Dale Cooper is a man of unconventional methods — whether it’s following a hallucinatory dream, having lengthy conversations with a log lady, or throwing rocks at glass bottles. The latter method provides one of the series’ most iconic moments (not to mention another great line about freshly brewed Joe: “DAMN good coffee,” Cooper remarks, “and HOT!”).

The final scene of the Lynch-directed finale marks one of the greatest cliffhangers in TV history. After Cooper returns from his nightmarish night in the Black Lodge, he wakes up in his hotel room, ventures to the mirror, and sees the reflected image of BOB.

Cooper’s first taste of the Black Lodge ranks among the most unexpected and groundbreaking moments to air on the small screen. Aged 25 years, Cooper appears in a mysterious room with red curtains, as a backwards-talking Laura Palmer look-alike and the diminutive Man From Another Place. The reversed speech (generated from the cast delivering their lines backwards then reversing the tape) is the creepy cherry topping this ethereal vignette.

The Enduring Importance of ‘Lost Highway’: The Lynchian Nightmare Unrestrained 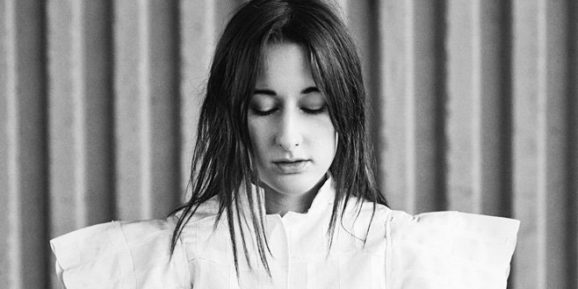