Some artists communicate either through slashing guitar riffs, confessional lyrics, hydraulic drumming, catchy two part harmonies or long winded jamming.  L.A. based Dengue Fever chooses to communicate by taking a psychedelic ride on the Cambodian pop sounds of the 60’s.

Brothers Ethan (keyboards) and Zac (guitar) Holtzman started Dengue Fever in 2001 when each discovered they both shared a passion for 60’s Cambodian pop music.  Lucky for them, they found a voice to complete their vision, a voice that performed regularly for the King and Queen of Cambodia –  Chhom Nimol.
Venus on Earth, released January 22, is the eclectic band’s third album and is as worldly as the title suggests.  It is a record that is more simplified than its predecessors, built to increase the impact of Nimol’s exotic vocals and focus more on songwriting, space and swing.  Amazon named their 2005 release, Escape From the Dragon House, the #1 International release of the year, an honor that shortly followed after Dengue Fever had the opportunity to travel to Cambodia and pay tribute to the artists who were killed by the Khmer Rouge.  It was the first time any band had played Khmer Rock in its native country since 1975.

Making a foreign sound popular in America isn’t easy, but Dengue Fever certainly is hip in every retro cool since of the word.  As film director Greg Cahill describes Dengue Fever, “It sounds like ‘60’s American rock but with a totally different spin on it.” Glide recently had a chance to speak with Ethan Holtzman about his spin on Dengue Fever.

You started Dengue Fever from a love of Cambodian pop music.  What was it about this music that inspired you to start a band built around the Cambodian sound rather than another ethnic flavor?

I’m no ethnomusicologist by any stretch of the word but the Cambodian rock and roll that I first heard on my travels there blew me away.  About 10 years ago I spent six months backpacking in SE Asia. Of all the places that I visited the Cambodian culture resonated deeply with me. More specifically, Cambodian psych (which was influenced by the British/U.S. music scene
in the 60s) felt vaguely familiar and natural for me to absorb. The music I heard was over the top!
Is there a particular theme behind Venus on Earth and what was the inspiration behind this particular album?

There is definitely a philosophical question that this album title opens up.  Are we really the only sentient, intelligent beings in this vast universe, let alone on planet Earth?  I suppose, on a more topical level, we like to refer to Chhom Nimol as the Goddess of Love here with us on Earth.
Escape From Dragon House was the #1 international release for 2005 by Amazon.   Was it daunting to follow-up that release?

No, not really.  It’s always a little scary letting go of the record.  You can work on it forever.  At some point you just got to trust your ears and turn it in to be mastered.  If we like it than that is really the most important thing.

Do you feel Dengue Fever is limited in terms of audience reach due to a majority of the songs not being in English?  Is it frustrating that the audience doesn_t know the words and does that put more emphasis on making a more rhythmic foundation music wise?

I think that most of my favorite music I can’t understand the lyrics. Now that Nimol, our singer, has learned more English it gives us the opportunity to reach more people.  But we like the Khmer language and the uniqueness that comes with it.
As a musician, what type of skills are involved in playing Asian scales?

It’s not that different from western music.  I think the vocals have the freedom to bend and stretch around the notes that we are accustomed to.

For somebody who hasn’t been to any of Dengue Fever’s live performances, what should we expect?
You should expect to be captivated and get the chills when Chhom Nimol fills every inch of the room with her powerful voice.  And then your feet will start moving involuntarily on the dance floor. You will be going home sweaty with a smile.

How far do you think you can bridge the gap between Cambodian music and American popular tastes?
We just got back from an East coast/Canadian tour and 7 out of 10 shows were sold out! At some shows, Cambodians climbed up on stage and sang with us to a packed house full of Cambodians and Americans. The USA is so vast that you have multiple musical markets. I think that we fit in well with the indie rock scene, as well as a new face for the global or world music scene.  In the end, music is music. And if it is good people will want to hear it.  With videos, soundtracks, and a really cute singer, I think we can get a lot of new music fans.
Are there any other artists that your fans would be surprised that you listen to?

Lately, I have been listening to a great new Brooklyn band called Chicha Libre, the album is Sonido Amazonico.  They style themselves after good Peruvian Amazonian surf psych that originated from the 60s/70s. 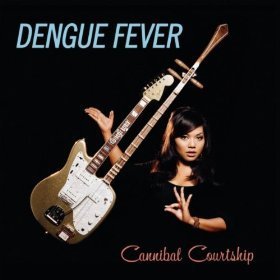 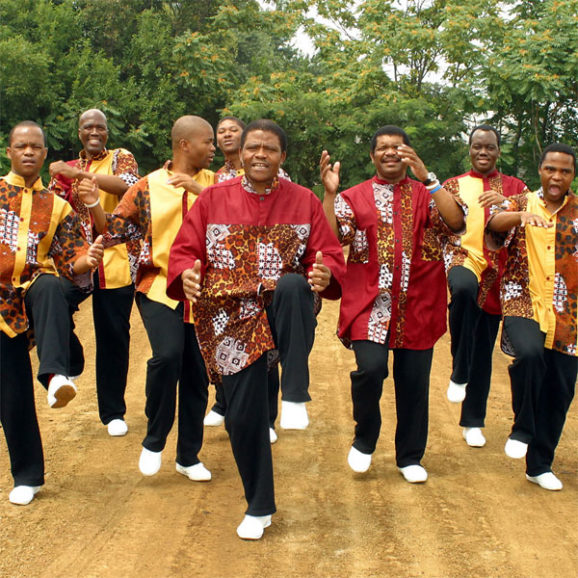 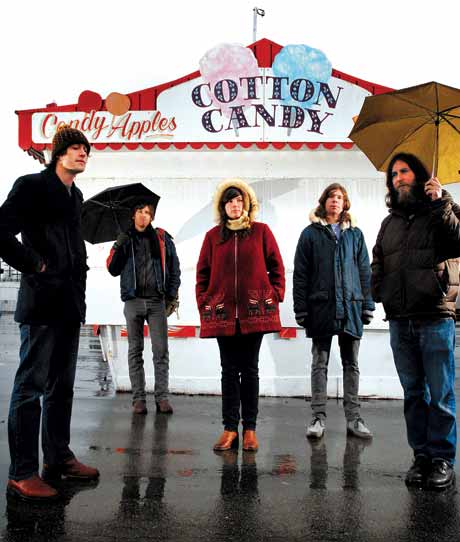