June 9, 2014 by Shawn Donohue in Album Reviews, Reviews No Comments 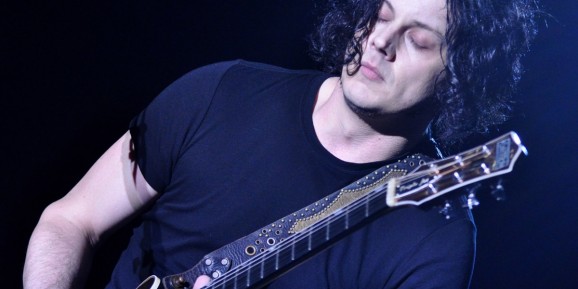 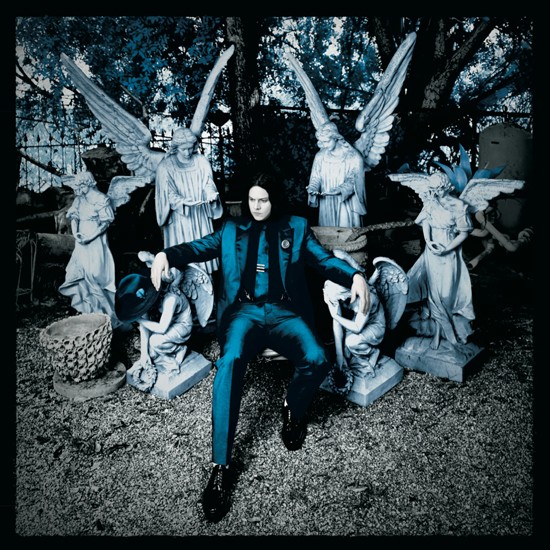 The newest release from the constantly retro looking showman Jack White is titled Lazaretto which is a quarantine station for sailors. White has stated in recent interviews he would like to be locked up so he would be forced to stop creating/working as he finds himself doing something 24/7. The album reflects that: feeling manic but also enchantingly brilliant.

For a man whose career was defined by self imposed restrictions, Lazeretto is a wide open palette and throughout it feels as if White is painting with sounds, singing styles and instrumentation. He is constantly crafting/pairing lyrics from his past (some written when he was 18) with current sonic blasts provided by his expert backing bands.

Opener “Three Women” is spastic blues to the ninth degree. Chock full of breaks chopped up by experimentation with organs and blazing riffs, all around a constantly driving funky backbeat. A noticeable hip-hop influence is all over the recording with deep blistering bass-drums and particularly in White’s vocal delivery. The title track boasts about odd successes, does one flaunt their skill of ditch digging? Other beat filled and nearly MC’ed tracks are “I Think I Found the Culprit” and “That Black Bat Licorice” which contains the sharpest lyrics on Lazaretto, an obvious line points to Jack’s current state perfectly, “I spit it out/whatever’s in my mouth”.

White has been down this road before with The Dead Weather and “Blue Blood Blues”. The parallel between Sea Of Cowards (named for anonymous internet opinionators) and a song like “Entitlement” are clear as White continues to play the grumpy old man amongst digital age whippersnappers. Like Sea of Cowards, Lazaretto was also recorded during breaks on tour for another album; perhaps the stress of touring puts White in a funky yet grouchy mood?

On the down right powerful side of things, “Would You Fight For My Love” starts with an ominous drums/key combo that is back-of-the-neck-hair-raising exhilarating, White then pleads with a lover before the pounding resolution. The violin based “Temporary Ground” sails over rippling crystalline waters with Ruby Amanfu’s gorgeous backing vocals as a sail, while “High Ball Stepper” forgoes singing substituting head banging rhythm and high pitch guitar wails. Country swing gets a drum stomp injection on “Just One Drink” crashing to a close of side one before “Alone In My Home” showcases the most personal track here, peeling back the curtain with lively piano runs and sliding bass while continuing the linking of love and physical dismemberment he started on Blunderbuss.

Album closer “Want and Able” plays with two different vocal performances blending “Want” into “Juan” at times as the fable unfolds twisting the lyrical meaning even more. The tune harkens back to “I’m Lonely (But I Ain’t That Lonely Yet)” from another transitional album in the career of a different White incarnation. Where White goes next is anyone’s guess (especially his own) but as long as he doesn’t get locked up he will continue to make the some of the most engaging, challenging, inspired music out there.